M31 revival? Not yet, just letting you know though

I’ve been exploring ideas… nothing is what I would call “market ready”… but I wanted to let the community know some of what’s been going on in the lab.

Basically the idea here is to take an m31 (we still have lots pulled from sale for reasons already covered) and work with our flex polymer. There are some limitations with this approach and we’re exploring ideas to remedy those issues, but right now the one thing that started out as a problem could actually result in a cool idea… the UFO shape. 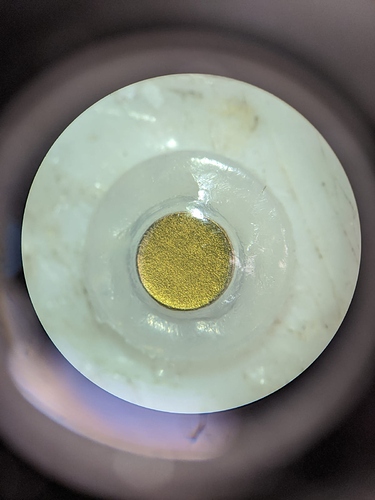 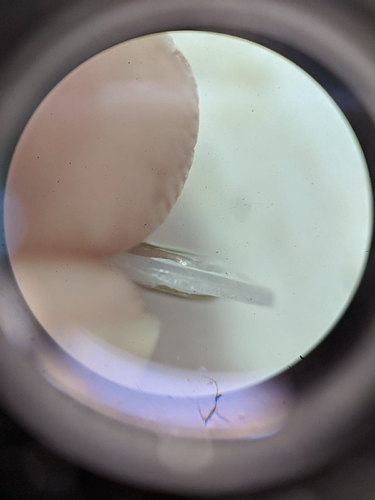 It turns out due to process issues we end up with a disc of polymer material that is approximately 6mm in diameter to encase a 3mm diameter magnet. Basically, inertia is the enemy of a good sensing magnet. However, our polymer is so light weight the hope is that having 3 additional millimeters around the perimeter of the magnet could result in more tactile nerve activation without a lot of loss due to inertia. There are still process issues that need to be sorted out, but it’s a concept we’re exploring.

Any of you approached cosmetic surgeons for "serious" stuff? Support

Before everyone inundates them with inquiries, I’ve reached out to discuss production. Thanks @Rosco

yes… it’s ongoing but my hunch is it’s going to be uneconomical even in batch sizes we could muster… we’ll see… that’s why I started working with our polymer.

Keep in mind, uneconomical can be acceptable. It’s not like I’m gonna buy 1000+ units. I think 4 would be my ideal, and I could space those out 2 and 2 to make it easier to pay if I needed to.

I like the extra width of it. I feel it would be more stable in the future when I have to get an MRI when wrapped with tape. Might not hurt so much.

Or it would hurt more. Who knows?

Keep in mind, uneconomical can be acceptable.

Would a price of ~$500 each be acceptable though? The problem is, high inventory costs like this just make every aspect of small scale manufacturing very very difficult. For one, most manufacturers only want to deal with such low volumes once, because even very large amounts of money to do a small batch run is often times not interesting enough for them. The setup, the labor, the time, and effort… it’s often not quantified correctly and even at a super high price, a small batch production is simply not worth it for most manufacturers. The obvious goal and hope is that you test your small batch and end up ordering 1000s with an EAU of at least 100k or something.

The other aspect of high cost small batch is inventory cost… if we sunk enough capital all at once into producing a MOQ of these seriously expensive magnets, and then it didn’t sell like the hotcakes we wanted, we’d be in real trouble with not enough operating capital to remain afloat. It would reduce sales to batch jobs that may never be big enough to support a run, and then after a while people would want their money back, etc. it just gets messy as all hell.

Right now, our flex polymer is the best option, so we will continue to experiment and see if we can sort out the process issues… then quantify the costs… then see where we stand.

I really get what you’re saying, and it makes total sense. But I also gotta say, while 500 each would considerably space out the purchases, yeah.

Still kills your inventory costs though.

Would a price of ~$500 each be acceptable though?

Edit: I like the ide of the wider one better to be honest.

fair… though this polymer is also very likely to last a lifetime.

Also, 6 mm… in a small fingertip

This is awesome. If this ends up working and being viable, I would definitely be down for a few of these.

And thanks for sharing your lab ideas with us. Even if they come to naught, it’s really awesome seeing what you do behind the scenes - I love it!

I wonder if the plasticy difference is what will make it hold. I would think it is more robust than silicone.

I would definitely be down for a few of these.

I think I would want one in the same place in both hands. I would like the ability to have equal senses in my hands

I don’t believe so but physical testing could determine this easily. From the rough treatment I’ve given our larger flexNExT and flexMT I think it would take a serious amount of flexion over a lifetime to begin to create any kind of wear on this stuff… its not like it will be bending even 20 degrees… more like 2 to be fair.

This looks veeeery interesting! I’m concerned about the size, too… got pretty small fingers, at least I’m not sure where I would put that baby… it would fit flat on my fingertip, in the gripping area (and yeah, that’s not a good idea, I know), but 6 mm on the side of my fingertip? No way - it just wouldn’t fit there. The polymer would have to bend a lot at the corners, and I now know from my flexNExT that it rather keeps its shape and sticks out a litte. No problem on the back of my hand, but on the fingertips… hmmm

Given a lifetime warranty, I’d happily pay 500,- for one (well… not actually happily, but I think I’d do it^^), simply because I really like titanium and it has been nice to my body so far

I’m not even interested in implantable magnets, ( But, I am glad you little Magnetos

are getting something to be excited about )

However, I am interested when Amal is working in his lab, you never know what will come out of it 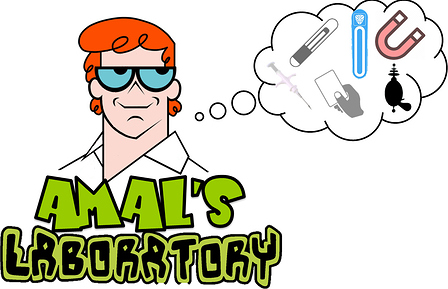 Also just considering how much a removal would cost, this is probably still cheaper than a failing magnet.

The ufo is interesting, the idea that light extra material might make it a nice sensing magnet reminds me of Cassox’ latest things, still I’d prefer the titanium one.

1/ Is having reasonable reassurances that your finger won’t end up like Lepht worth $500? Or said another way, is your health worth $500?

2/ Who else sells implantable magnets, and explains everyhing about their manufacturing process - and more on request?

But can we get 5,000 people to think that way in a short timespan without undue effort.

Well, how many people carry DT chips? Amal just has to turn on the compliance transmitter and wait for the orders to flood in.