Newb Questions about the xSIID and RFID in general

After i had the walletmor installed a week ago i have felt a desire for more!

I stumbled upon the xSIID blinky boi kit. I did some research and it seems to include everything i need.

Before i go on and pull the trigger i want to make sure the xSIID will actually do what i want it to.

The use case is as follows. I have an electronic lock that allows me to add 13.56MHz chips as a method of authentication. Id like to simultaneously serve a vcard with the same chip if possible.

The electronic lock thing seems to be straight forward. I register the uid of the xSIID to the lock and it will open for me.

The thing where i got confused is the vcard thing. If i understand correctly the vcard would be stored in the user writeable storage which is sepperate from the uid. So in theory the two applications should be possible simultaneously on the same chip.

Provided that im not already dead wrong on my assumptions above this brings up another question. Will the uid be served in plaintext to anyone who reads the vcard from the chip?

Welcome to the club!

After i had the walletmor installed a week ago i have felt a desire for more!

Why, that’s surprising. It’s never happened to any of us. “One is enough” is what most of us say here

For the vCard thing: look at an implant as a very small wireless thumbdrive. You stick a “file” in it using its native “filesystem” (NDEF) and NFC-capable devices can read it and do something with it. In the case of vCards, Android knows how to open them directly.

The UID thing is kind of different: it’s a number that the NFC transponder uses to identify itself with the reader. It’s not part of the “filesystem” (although, it is…) and it’s not on the same protocol level.

And yes, you can use an implant to unlock UID-based locks and carry data too. What you can’t do (usually) is use an implant for a lock that stores the key in the memory space and store other data in the same memory space, like the Yale Doorman V2N: the memory space must be dedicated to the lock, otherwise it throws a fit. But dumb UID locks work fine with implants used for something else.

In the case of vCards, Android knows how to open them directly.

Worth expanding this just so you can make an informed decision,

This means apple does not read vcards natively from a nfc source… because… security?
Depending on your region iOS may make up 50% or so of devices

iPhones either need to use a nfc scanning app, or instead of writing a vcard, write a url to either an online stored vcard, or a contact landing page such as popl

Thank you all for your replies!

Kinda strange that iphones dont support vcard natively but have no problem in allowing links to be opened. But I guess ill just host a little website then.

I think ill get the xSIID for the door lock and a sepperate tag for the vcard/url. That way i wont give out the UID of the xSIID to people scanning my contact info.

Thanks again for the helpfull replies! You are awesome.

I think ill get the xSIID for the door lock and a sepperate tag for the vcard/url. That way i wont give out the UID of the xSIID to people scanning my contact info.

You do you, and technically this is a more secure method…

I use my xSIID for business card stuffs because blinky

Kinda strange that iphones dont support vcard natively but have no problem in allowing links to be opened. But I guess ill just host a little website then.

To be fair, handling the text/vcard mimetype is kind of non-standard in the NDEF specs. We’re lucky Google decided that Android should handle it natively, but they could just as well yank it out without breaking any compatibility.

Just got the last white HF xLED off digiwell. It was definitely not an impulse buy. I did some research and checked if installing it next to my walletmor (>5mm apart just to be safe) will be possible. It seems like there isnt really a reason not to do it. But as always id rather be safe than sorry and having the knowledge of a lot of very smart people at my fingertips id be stupid if i didnt ask you first.

I have attached a high detail drawing of how i intend to install the xLED. Im not sure on the orientation though but i tend to install it the “red” way because i feel it will be easier to center and allign it with the walletmor.

I would be very grateful if you could give me your thoughts on it.

I think you might be better off with this blue configuration…

Thanks, didnt even think of installing it side by side.

Just incase someone stumbles across this post. Jesse noted in a different thread that an XLED might interfere with the walletmor.

Hi folks, keep in mind that even a power sucker like a field detector could be detected on some modern payment terminals. I’ve got the field detector 3-4cm away from the Walletmor implant on top of my hand. sometimes when the payment antenna is big enough i get the error “only use single card” from the payment terminal. So, to be sure i read the tech specs of the nfc mastercard, got myself a payment terminal and tested it. conclusion: a second current consumer in the same field or a high unc… 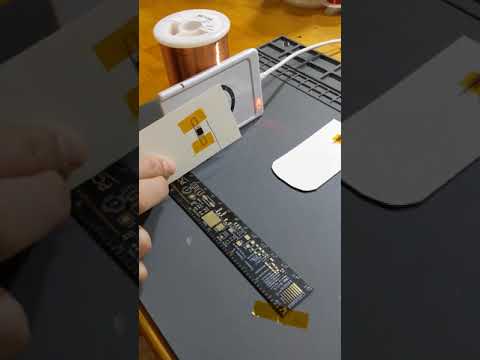