Now that im committed, what magnets should i worry about?

So I backed the titan on launch day but now that I’ve had time to think about it, I’m realizing that I work with some pretty strong magnets that probably aren’t good for the skin between it and the titan.

I work retail at 2 different stores. most of the time I am at a liquor store which should be totally safe. the problem is that over the winter and summer school breaks I work at target as well. Target uses the usual security tags, boxes, and spider wraps that unlock via a strong magnet. there are also those security stickers that are deactivated by rubbing them on what I presume to be another magnet.

It will not cause you any harm unless you specifically stick your finger right on the magnet. Even so, worst case scenario it will pinch you but that’s all. Just avoid direct contact

Fair enough, thank you for the answer!

this will be my first sensing magnet and i remember reading somewhere that strong magnets could cause issues. knowing that i would pretty much need to directly contact it gives me reassurance to put it in my dominant hand.

By strong magnets we mean something like a 1kg neodymium n52. These would crush the skin if you made contact but at 10+ cm you’re fine. I’m pretty sure stores don’t use such magnets.

Als, shameless plug, I wrote a book on magnet implants that might interest you : https://play.google.com/store/books/details/Axel_F_Getting_to_know_the_magnet_inside_you?id=y07bDwAAQBAJ

ah, THAT big… yea, I don’t think I have one of those…
hmm, i probably would check out the book but i currently have negative free time so maybe at some point in the future.

Things were a bit scary tbh, I wouldn’t want to stick a titan near it

Granted the titan is super tiny, so that might mean it won’t actually feel much pull, but I would urge cation around those mounted magnets

The electronic thing, it I remember correctly, it’s basically demagnetizing the small piece of foil inside the tags, sensor tech guy I was talking too explained that the gate doesn’t sense for metal or magents , but tried to oscillate at just the right frequency to detect the piece of foil which is sized for that

He called it acoustomagnetic which always sounded kinda bullshit, but some of the principal make sense

I don’t think you can demagnetize good and proper magnets with the machine, only very weak and mailable magnets

edit I was in the ball park, and the guy wasn’t bullshitting me

Electronic article surveillance is a technological method for preventing shoplifting from retail stores, pilferage of books from libraries or removal of properties from office buildings. Special tags are fixed to merchandise or books. These tags are removed or deactivated by the clerks when the item is properly bought or checked out. At the exits of the store, a detection system sounds an alarm or otherwise alerts the staff when it senses active tags. Some stores also have detection systems at th...

interesting. i think the magnets we use are 1 inch diameter by 1 inch depth. they have a lot of pull against a metal surface though. ill be cautious around them anyway and ill give that wiki a read.

I can’t find how much power the EAS deactivation systems use, but given that they can’t deactivate hard acousto-magnetic tags, which probably have far lower quality and strength magnets than the titan

I would venture a guess your ok there, but don’t take my word for it

well i dont plan on rubbing my ring finger back and forth on it so i think ill be fine. ill more likely be moving back and forth about 3 or 4 inches above it

On the one hand (pun maybe intended?) I’m not sure I would want to expose a 500$ Surgically embedded magnet to something that could weaken/demagnetize it

On the other, it might have some really Interesting sensory stuff to explore

If I’m being very honest, 80% of my hesitation in getting a sensing magnet is I would be inexplicably drawn to putting my hands near various things putting out various emf, that I probably shouldn’t be trying to air fondle

Lathes, mills, tools that can kill, maim, dismember, and probably would only be cleaned and not replaced/removed in such event because of cost/usefulness

Along with various things that would just make you look like a creep / on drugs (the bad ones, or not enough of the good ones)

fair points. im on far too little sleep right now, i should have thought of those… 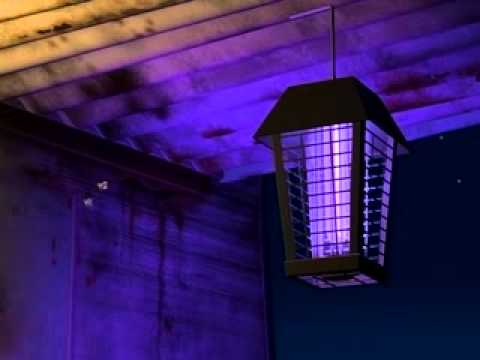 If I’m being very honest, 80% of my hesitation in getting a sensing magnet is I would be inexplicably drawn to putting my hands near various things putting out various emf, that I probably shouldn’t be trying to air fondle

Me, 80% of my not wanting a magnet EVER is because I work with files on steel parts, and my finger would attract steel dust and shavings all the time - and if you’ve ever tried to get that stuff off of magnetized tools, you know it’s about impossible without using sticky tape.

It would essentially make it impossible for me to work in a gunsmithing workshop. Not a good career move.

The remaining 20% are: 10% I want to be able to get an MRI without unnecessary drama, and 10% I’m cringing just thinking of inserting something in one of my fingertips.

Me, 80% of my not wanting a magnet EVER is because I work with files on steel parts, and my finger would attract steel dust and shavings all the time - and if you’ve ever tried to get that stuff off of magnetized tools, you know it’s about impossible without using sticky tape.

Honestly, shavings are a big concern for me as well… not that I work a lot with shavings, but holy shit your skin is like butter to metal shavings being pulled in toward the magnet… if left alone and not properly handled and removed, I honestly think a lot of magnet coating failures are due to shavings working down into the skin and eventually piercing silicone or whatever you got. The trouble with human brains is, we need things to happen fast to really “get” it… slow things that happen over time but with constant pressure / progress we don’t seem to understand or at best severely underestimate (climate change, for example).

Anyway, in this way the Titan will also be superior… the xG3 is, and Titan will be impervious to shavings… your body will dissolve them before they do any damage to the encapsulation.

your body will dissolve them before they do any damage to the encapsulation.

I highly doubt that: I’ve had my share of metal splinters in my skin, and what happens if you fail to remove one in time is, you get an infection.

So yeah, the implant itself might be safe, but it’ll also keep pulling down something that needs pulling out before it gets worse.

Also, to be honest I didn’t even think about the magnet attracting nasty bits that you’d really rather were somewhere else than on your skin (good thinking by the way!) I was more thinking of your finger attracting metal dust and constanly making your finger “crunchy” and dangerous for polished parts: unless you wear a glove, or a condom over your finger, it would be friggin’ annoying to remove. Think magnetized object next to steel dust:

Ever tried to remove dust off of something that don’t want to let go of it? There are few things more maddening than cleaning a magnetized object. And when you’re finally done and you come close to more dust, you can do it all over again!

Not for me. I value whatever’s left of my mental sanity.

Hmm… as a steam locomotive restorer, I often do welding prep (grinding in the traditional sense). While I do wear work gloves, I should consider the ramifications of flying steel shards and an implanted Titan.

I am on the struggle bus of how a Titan or m31, could suck metal shards into my skin.

Do yall ever wash your hands? How would it not detach with a proper hand wash with soap and water?

the magic of magnets. if youve played with good magnets and tiny things… water is not enough.