Me and one of my friends started to research about an implant or an implant like thing what tells is the person alive or dead. The device must be on 24/0 without need for charging for weeks.
We have some ideas but none of them are enough power efficient, planning to make a device what has a hearth rate sensor and for the first stage communicate with a phone via Bluetooth low energy. The problem is for this device we need 3.3V, so we decided to share .

What would be the best way to make a device what can send to a phone the person’s pulse?

External heart-rate monitor maybe, like the Polar H10 or OH1.

Nothing with a battery can be implanted.

This is a “dream project”. if it’s impossible by the current state of technology(and it seems like) we won’t move the project to practice. I’ve asked it there because there’s many more smarter person than me.
Thanks for the advice.

I wouldn’t say NOTHING with a battery can be implanted, it just adds a lot more complexity. There are plenty of medical implants that use batteries and wireless charging(such as nerve stimulation devices)

So I think we can agree that your primary concern with this project (and the primary concern period about anything constructive in any setting) is power. I see three ways to solve your power problem.

-1) energy storage (unsafe)
You could use a large lithium ion battery like some medical implants such as pacemakers and implantable pulse generators, but you need to take serious safety precautions. You could store energy in an external device which wirelessly transmits it to the implant, but in that case why not have a wearable with no implant. You could somehow use the chemical or electrical energy storage capacity of the body, but then you have to contend with biofouling and presenting a health risk to the Implantee

-3) truly passive powerless (erroneous data)
You could have a check in schedule set up with some clever psychology like ping the system every time there’s noise in the home or a specific powered item is used like a car or refrigerator, but that’s location specific. You could use physical indicators like infrared reflective worn flag or tattoo with video surveillance. You could monitor data about a person like when they use certain sites on the Internet or when their bank card is used.

There’s probably more avenues but ultimately that’s the heart of your problem. I think a more important question is why you want to do this and whether you could accomplish the same goals using an alternative method

Seems like there was a bit misunderstanding. My main goal was is that solve it without battery.

The 2nd and the 3rd options are great, I must close out the 1st one. The question: “Why?”.
Because in my opinion biohacking is the future, for example(not the best one) trauma team from the cyberpunk universe. This could improve the accident response.
Scenario:
On the street someone falls to the ground. People stands around the person. Someone finally tries to help, checks breath, make diagnostic about the person on the ground and call the ambulance and wait for them.
Scenario with health rate implant(yes, it only works if the heart rate goes very high or down, small step, but forward):
On the street someone falls to the ground, the implant detects the accident, it’s 0/24 connected to the person’s phone so the phone can report the accident and gps data.
This might sounds a bad idea, but with this we can decrease the rate of people dying by slow ambulance response.

Sounds like you just need to get an iPhone and/or an apple watch. They do that already. (just don’t go riding any Rollercoasters

Yeah if you already have the phone in the equation just use that. Why do we need an implant? I mean I like implants more than most but I also understand what an undertaking it is.

Honestly… depending on your need to monitor this anytime and anywhere… if you just need to monitor it in a controlled environment, then I would implement cameras. Cameras can detect movement but also slight color changes in skin as the heartbeats. The kinnect team at Microsoft found this out and were able to detect temperature with a special thermal adapter but also detect skin color variations as blood pulsed to the capillaries in your skin. There’s also the movement of the heartbeat, and there are simple heartbeat sensors that work off of this rhythmic type of movement every living being generates… except for that one guy who had a heart replacement pump that was a continuous flow pump. He doesn’t have a heartbeat.

except for that one guy who had a heart replacement pump that was a continuous flow pump. He doesn’t have a heartbeat.

I wish those things didn’t require medication and batteries… Having a mechanical heart and no pulse sounds awesome.

Yeah, but with cameras it’s very limited, always depends on the place where’s the person.
But most people around me at the same age(17-20) has a phone in their pocket what nearly always have internet connection. Thus if it’s possible to make something what sends the number of heart rate to their phone it would be independent from the place where’s the person currently. 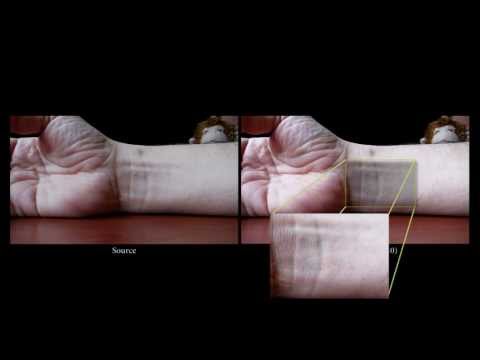 There are already tons of smart watches and fitness trackers that do this as a wearable, you would just have to figure out the software for auto reporting

Could report battery status with the ‘I’m alive’ post same with if it’s charging or not. If battery is not <5% and it’s not charging, and a beat was missed then your dead.

That’s going to be a huge drain on the battery of the wearable and in normal day to day activities the watch gets moved around enough where it’s going to miss a measurement. I’ve had some watches that are difficult to even a get a manual reading on, let alone automatic checks throughout the day