BareDiver here. I’ve been pretty active on the discord lately learning about how to accomplish this, but figured I’d start a post and keep it up to date as I go to help someone else in the future.

Here’s the goal. I’ve got a 2019 ND Miata with a proximity key. Basically, this means that if the key is close enough to the car, I can unlock, lock, and turn it on just by the key being there. Feels like a pretty simple thing to mod but as always the difficulty is in the details.

Parts (I’ll update as I go on this one)

That’s all for now but will update with photos of the key teardown and anything else I learn. Additionally, thanks for all the help in discord, learning a ton from you guys!

So the way some people have been able to accomplish this is by hiding the key somewhere in the car and having a rfid reader of some kind turn on or off the keyfob.

Seeing as I also have an ND miata I can tell you that by itself will not work due to the way the door locks function. What you will need to do is setup and arduino that will power on the keyfob then actuate the door locks with the button on the fob. The same will be true for locking the car and turning off the keyfob just in reverse order.

In fact you would probably only need 12v and ground for the entire system.

edit: You might even be able to put the antenna on the inside of the soft top. (you do have the soft top right?)

I’m not so sure. If the key is powered on, the button on the handle will still work just fine. It’s what I use daily anywho. And then when you walk away the door automatically locks when the fob is out of range. In the simplest terms I think just giving the key power is enough.

I’d like it to unlock the car as well so I’ll wire that up, but I think it’s a nice to have not a nessesity.

Also yes have the soft top. Was planning on hiding the key inside the door panel, and putting the antenna in the front tiny window panel.

That said!! How do you like your ND? love these things

Maybe your car has different firmware but I want you to try this. Go unlock the car, drop the keyfob inside, then close and try to lock the car with the button on the handle.

I agree that won’t work, the car won’t lock the key in it. The idea is to have the key turn off when the car turns off.

Edit:
90% sure the key needs to have a working battery in order for the car to know its present, but I’ll test that out (wouldn’t have thought of trying so thank you)

The issue I’m seeing isn’t with the fob not working its with the button on the door not working when the fob is not outside of the vehicle and within the read range of the exterior antennas. Otherwise anyone could open the door even after you have locked yourself inside the vehicle.

edit: The car might also be looking for the fob outside the car and moving away for the automatic door locks to work.

edit2: there will have to be some testing by removing and reconnecting the battery in various scenarios

Edit:
Will need to do more testing. But if the key is inside the car you can unlock it from the door handle, but once inside with the door locked the door handle button is disabled.

Test plan tomorrow is to put the key in the car (battery in) unlock the door via the handle → Turn car on → turn car off → disconnect key battery → see If the car locks.

I dont know if this will be of use to your specifc scenario, but @turbo2ltr did a great job of his car project…there maybe some golden nuggets in his post that could help you out…

Yeah you’ll have to do some scenario testing to fully understand all the behaviors before you decide how to handle it. For me, the outside button would not work with the fob inside the car. So I simulated the unlock button press when there was a RFID scan. On my fob, I needed to wait a bit after powering up the fob before I simulated the unlock button press. I also had to disable the “hey dummy you left the key in the car” horn beeps. Fortunately my car had a way to turn that off. Not sure all do.

I didn’t use a battery. I used a 3.3v regulator so I don’t have to worry about the battery dying.

@Barediver I thought I would give this thread a bump and see how things are going.

So far so good. Still waiting on shipping from china, but have been able to get the xiao and a pn532 from amazon working so far. At this time using circuitPy which is kinda cool if it works. I need to verify If I can use 3rd party c libraries so I don’t need to learn c

Now I need to get the breadboard up and running so I can test this thing from a battery 9v?. and then start connecting the key.

One issue thus far is trying to understand how to step down voltages correctly. The car is 12v from the battery but needs to be stepped down to 5v and then again to 3v for the key fob.

Progress is being made, but it’s slow going as I’m in WAY over my head on the electronics side. Fun though as it’s one hell of a challenge. Once I get the breadboard up I’ll post a pic or two.

I’m glad to hear things are progressing. For stepping down voltages you may consider looking on amazon for “3.3v buck converter” for instance. A variety of places have them and some are quite small. We do have a bunch of people here who are good with electronics. Feel free to ask for help when/if you get stuck.

Here’s where I’m at so far. Can read the tag and the power led for 1 sec if it’s mine. If another tag it just ignores… so “authentication” done lol. And in theory “unlock car” done-ish

Hey, check out the simpleAC code. I’m sure it will do most of what you want and is pretty fully commented. 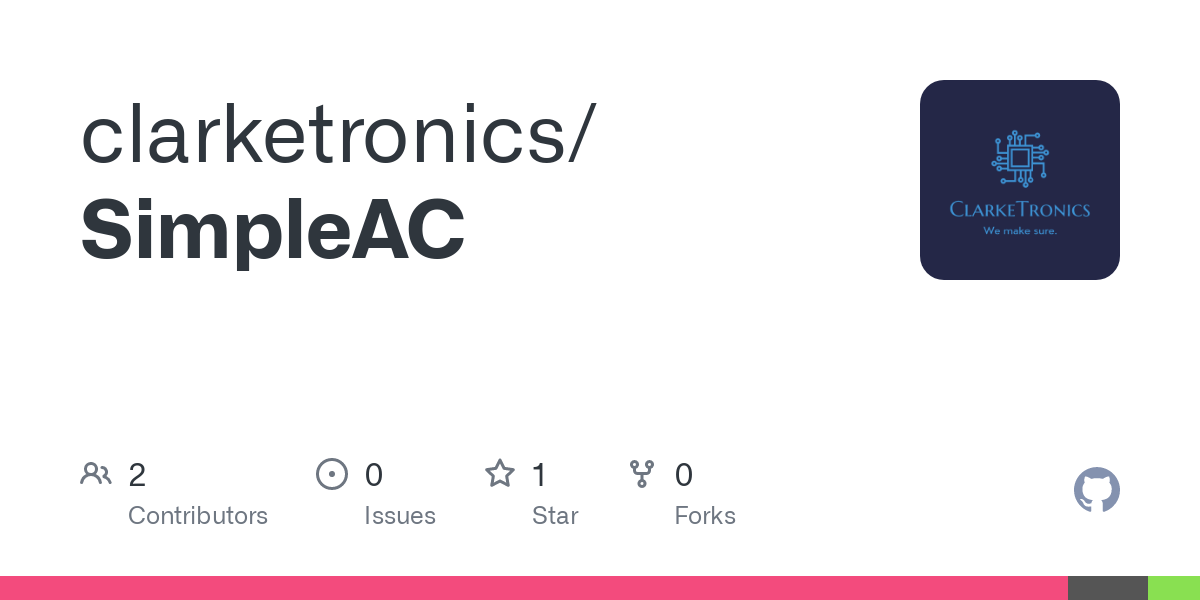 Contribute to clarketronics/SimpleAC development by creating an account on GitHub.

any microcontroller requirements? reason I’m asking is aparently the xiao using circuitpython wont do mp3. not sure if that’s a library support thing or a hardware thing

It should run on most arduino compatible microcontroller. The mp3 thing is for a mp3 module just leave it disabled if not wanted.

That Clarketronics dude, really looks like he know his stuff.

I keep meaning to dig into this, but I haven’t had time lately

Fake it till you make it, in all honesty the brain child was @Chimpofm I just had fun with the code and learnt a ton along the way.

I’m pretty happy with it and it really does feel like a viable HF alternative to a xAC.

Just swapped over to the pro micro to tinker with the repo… Sadly got myself wayyyyy in the weeds with voltages… the Xiao has 5v out and 3.3v out which woks with the pn532… but the pro micro I have is a 5v out. Trying to now understand how to reduce voltages from 5 to 3.3 for the pn532 and then again to 3v for the fob… in all honesty feeling super lost