I know it says LED Gallery but… but… what about glow?

Is that a normal glow in the dark subdermal, or one of those DT LED+ glow prototypes that Amal was talking about?

That would be his custom DoNExT:

Update on custom DoNext in place of old flexNext Projects

A while ago I got one of the first flexNexts and the leds died so got a custom replacement with glow powder, a more rigid polymer and reinforcements over the leds. It’s been in for almost two months now: The LEDs are fine (reinforcements might have worked?). The NFC tag was dead in the first two weeks (kinda expected but not that early). The glow is visible in complete darkness (might get brighter over time, it’s not as bright as I expected it to be yet). Aesthetically it’s not much differe…

It was a replacement for his flexNExT, which met the same fate as most other flexNExTs. It was a similar idea, but with a hole punched in the middle, which was hoped to have fixed the failure issues (it didn’t, it seems). His post has more info, but AFAIK, he has the only one with glow powder.

Bit late for me, but seeing Coma’s power button and now your glowy flexNExT, I want one too now.

Does the implant still work by the way?

The NFC tag was dead in the first two weeks (kinda expected but not that early).

Ah I missed that.

Well at least it functions as a snazzy glow-in-the-dark implant.

If I could get an “H+” glowy it would be very tempting… A power button is somewhat tempting already.

Here is a bad video of mine… 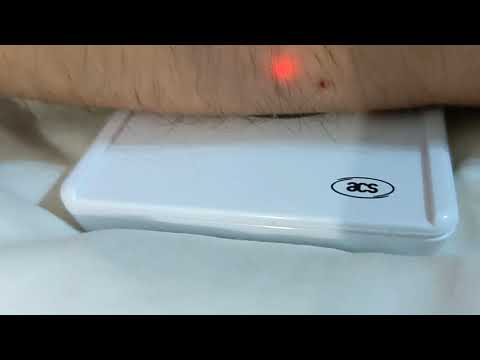 I wish DT released a giant implant with just a copper coil (not foil, not PCB) and a few LEDs, for high intensity through-flesh blinkiness. I really miss my flexNExT’s LEDs: that thing lit up like a friggin’ airport runway.

Does the implant still work by the way?

Mine? Still does fine, though to the disappointment of my dearest, the power button can’t really turn me off, seemingly.

the power button can’t really turn me off

The LEDs survived but without the tag it’s hard to turn them on.

Were they reinforced? I seem to remember Amal coating the nails with epoxy or something.

The weak-ass, “disconnected” LEDs were the first sign that the Bullseye had given up the ghost on mine. And then shortly after the LEDs went dark too one by one.

Yes reinforced with harder epoxy. I think it helped a lot, flexes should all be hard in my opinion

flexes should all be hard in my opinion

Why, I’m glad to hear someone has come to the same conclusion

flexes should all be hard in my opinion

It doesn’t matter… and reasons and stuff…

…but it irks me in an amusing and unreasonable manner

It’s just a name, like central intelligence agency or prairie dog. Sometimes the name has nothing to do with the reality of the thing bearing the name.

In the case of the flexEM, not only is it rigid, it’s also cutting like a dremel disk. The one in my back has been busy trying to slice me up inside since August. But I reckon it’s very unlikely to come unsoldered, which is just what I need for an implant in such a rough area. So no complaint from me.