Short question: Is it possible to get a tattoo over my FlexNT or/and xNT implant? I ask, because I don’t know how deep the needle goes and i will not risk to damage the chip.

Tattoo needle depth is not predictable or consistent, so we recommend not getting a tattoo that places the needle overtop any of our subdermal devices. However, some customers have tattooed the skin immediately surrounding our x-series devices. 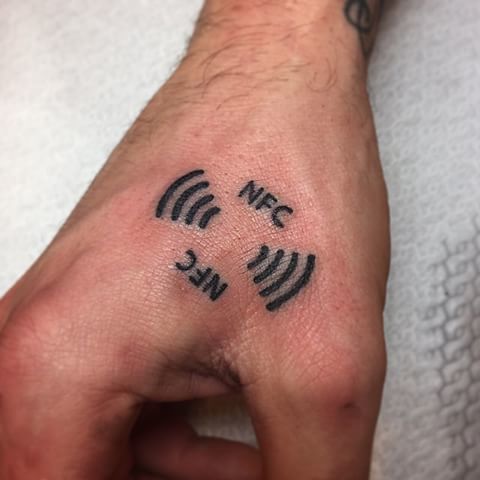 The flex line is flat, so it is extremely difficult to determine edges when under the skin, so it is not recommended to get any tattooing done anywhere near the device. In either case, damage from a tattoo needle would result in bioproof coating failure.

Okey, thanks for the info Amal!
So I have to choose another place.

What about being able to install an implant under an existing tattoo?

Sorry to resurrect this topic from the grave, but I may be in this predicament soon as my hand tattoos have been postponed and I wanted to ask a few things without starting a new thread (in case others come by with the same question(s))

In either case, damage from a tattoo needle would result in bioproof coating failure.

Ultimately I’d still like to get my tattoos done before implanting, but is there anything anyone can think of that may be a bad idea (specifically to damaging the implant)? I am semi-willing to be a guinea pig, for science, otherwise.

EDIT: Sorry, the 500N success was with the silicon/tissue tests! Big difference.

Apologies in advance, This does not answer your question in the slightest

Who cares??? Imperial measurements should be abolished, It is a rubbish system.
What the hell is 1/16ths???
And I believe only 3 countries still use it ( USA, Myanmar and Lberia )
Aren’t you in Canada? there must be some imperial spill over, They should stop it at the border

Typically tattoo needles are set at 1mm - 2mm (~1/16th" ? sorry, still not used to imperial) to deposit pigment in the dermis. Hypothetically speaking, a bioglass implant “should” be OK

I disagree with this simply because the implant, if placed properly, is sitting exactly at this depth. A tattoo needle will surely impact it if you attempt to place ink overtop of the chip.

Taking into account that the needle may well hit the implant, considering tests have shown the bioglass can survive a 500N crush test

That’s not accurate I’m afraid… the bioglass implant itself did not withstand 500N of force. The key here is that the tissue (or silicone) around it actually provided the force buffer for which the bioglass to “sink” into and be protected by. The bioglass itself will shatter if struck by a tattoo needle through the dermis.

Many people have gotten tattoos after getting their implants, but their tattoos go around the implant. It was clearly marked before the tattooing process began, and the artist avoided hitting the marked area.

If you want to get tattoos that cover the area in which you want to get an implant, you definitely should wait to get implants until after your tattoos have healed and you like the way they look (no touch ups).

Do not tattoo overtop of any of our implant products.

Thanks Amal. I did edit my post to correct the mistake about the crush tests. I will definitely make sure to get them done beforehand

Totally agree. Canada is weird. They measure car speed and driving distance in metric, but things like nails, wood and height in imperial. Beverages? Imperial. Tins of food? Usually imperial but sometimes metric.