So after hanging around here for a while and exploring various options, i realized that I have no clue about almost any of the terminology used. I know that hf and lf are different frequencies and that impacts compatibility with different readers and NFC is a hf standard commonly used on phones… that’s about it
This also seems like a useful thread to make for other newbies
Questions:

Looks like AMAL is currently answering you, so I will leave it in his more capable hands… 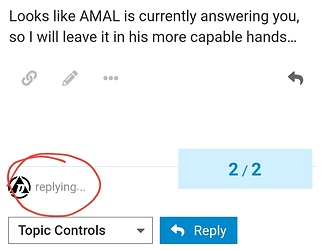 actually how do i get to the wikis and faqs?
i know the product matrix but i dont think that that page explains what the tags mean… 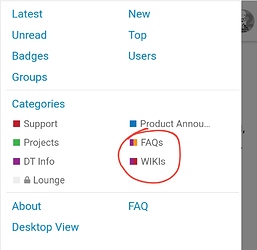 ooohhhhhh ok, i assumed it would be through the main site, not the forum. ill take a look through that while amal seemingly types up an essay lol

LF is “low frequency” and means 125kHz - 134kHz and for all intents and purposes they are the same. For example, the Halo reader can read both 125kHz and 134kHz tags with the same antenna because basically they are so close they are the same when it comes to coupling. The major differences between any RFID tags is the protocols, memory structures, data encodings, and command sets.

Thanks a ton Amal! you have to be the most active founder in their own community ive seen… ever. thanks a ton for that!
In summary to clarify, mifare is… complicated, DESfire is a chip type with different generations with different features, ISOs are the communication standard that has to match between reader and chip, flex has more range and placement options, UID is the ID, T#### are chip types and the T5577 is amazingly flexible, and NTAG is another chip type complicatedly related to mifare
do i have that right?
also you mentioned NFC types, what are the differences there?

oh also @amal im reading through one of the faqs and you seem to think that software devs are lazy. ill be in college next year minoring in software dev and i can confirm that yes, we are absolutely lazy as hell lol.

ill be in college next year minoring in software dev and i can confirm that yes, we are absolutely lazy as hell lol.

haha well I recognize that often times scope of the project doesn’t allow for “doing things the right way”… but yeah… often times it’s laziness… though, still not as absolutely god awful as marketing people

perfect, thanks for the help again, you’re the best! I plan on getting a NExT when i turn 18 in june (just need to find someone to implant as i live near rochester ny and the closest partner is a plane ride away) and the flex one or whatever it will be called later on. Super exited!

Thanks to anyone willing to chip in here

I see what you did there

Wow i didnt even intent that lol. good spot