I always tell myself I won’t…

I probably just repeated my same mistake, priming a bunch of little spikes for a medieval club

Also getting contact high from spray painting things in a poorly ventilated bathroom… am I doing this “maker” thing right?

Never point a firearm at something you don’t want to shoot.

This is one infuriatingly sexist and patronizing product: 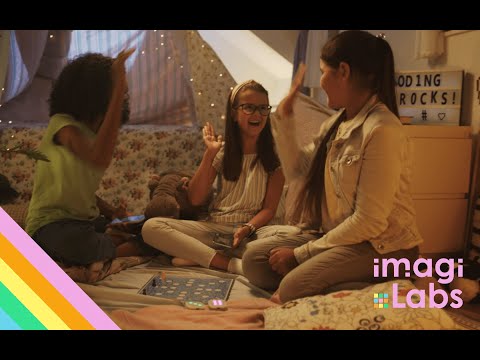 That company is really, REALLY out of touch with their intended customer base. And with the 21st century. And probably with the second third of the 20th also. Gee…

gotta include the stupid tiktok dancing …

also, where’s the code? show me you’re doing more than hunt and peck pixel flipping on a grid…

That company is really, REALLY out of touch with their intended customer base.

I mean, they’re exactly in touch with their intended customer base

I’m sure this product will be very popular. Yes it’s stupid, but people will like it and to some extent it will work for its intended purpose of getting young girls into STEM.

I have no kids, one of the great regrets of my life. But if I did, I’m quite sure that I could teach them so much without crap like that, that talks down to them.

That said, have you looked at some parents lately? Getting them something like this might be the BEST that they’re capable of.

You can adopt me if you want ODaily. The last time I saw my biological dad was when I was about 10 months old.

I promise to take the best care of you, and put you in the best nursing home.

The last time I saw my biological dad was when I was about 10 months old.

My dad passed away sometime last year, only thing I regret was not knocking a few of his teeth out at some point

Weird.
Met mine for the first time when I was 19. Never really saw him again till the funeral. Basically I went because my Mother asked me to go, and I wanted to make sure they planted the box for real.

When I think of how much I’d like a real family, and how awful some people treat theirs, well, let’s just say I get kinda pissy about it.

Well if you are ever in the Midwest in MN and want to sit for a home style meal, hit me up.

When I think of how much I’d like a real family, and how awful some people treat theirs, well, let’s just say I get kinda pissy about it.

To be exceedingly clear:

I have neither tolerance nor mercy for those who intentionally inflict suffering on their wife and or kids.

I have nothing but compassion for those who have endured it.

I turned the TV on, first time in quite some time, and I flicked on a random channel: ads. Flicked on another random channel: ads. Another: ads: another: ads… I must have passed at least 10 channels with ads until I eventually I landed on the Science Channel where there was no ads, but some program about UFOs. Oh… science. But hey! No ads. Until ads, 2 minutes later.

Wow I knew TV was shit. That’s why I quit watching it incidentally. But somehow when you’re not used to it no more and you try it again, it’s even worse than you remembered.

What seems astonishing is that so much of it is ads that you can get such a long unbroken sample of channels where the ad running times overlap. There’s just not enough content to find some with a higher probability than finding advertisement

And I use “content” in its broadest possible sense…

Watch a little bit and you’ll notice they constantly repeat. It’s like Teletubbies for adults.

The thing I did notice is that when they don’t run ads for deodorant or drain cleaner, they spend just as much time running ads for their own programs. So in a hour, you get like 10 minutes of something awful that’s not ads, 25 minutes of deodorant, and 25 more minutes of ads for some other awful upcoming program. And it goes on and on and on. It feels like the squishy matter between your ears is about to liquify and ooze out. I don’t know how people watch that.

It feels like the squishy matter between your ears is about to liquify and ooze out.

Teletubbies.
And if you’re not familiar with that, people, DO NOT WATCH.

I’ll watch the teletubbies over ads any day. At least it leave pauses and silence in the program. That’s another thing with TV - ads or not: it’s like a wall of sound. It’s relentless. It never stops. There’s never any silence, ever.

i got your secret message there

So this is interesting, haven’t heard anything mentioned on here so it seems suspicious to me

I mean I hope that’s the truth. But yeah I feel like this forum would have known.