The xSLX has been released

The xSLX is an ICODE SLIX2 chip operating at 13.56MHz and complies with the NFC Type 5 specification. 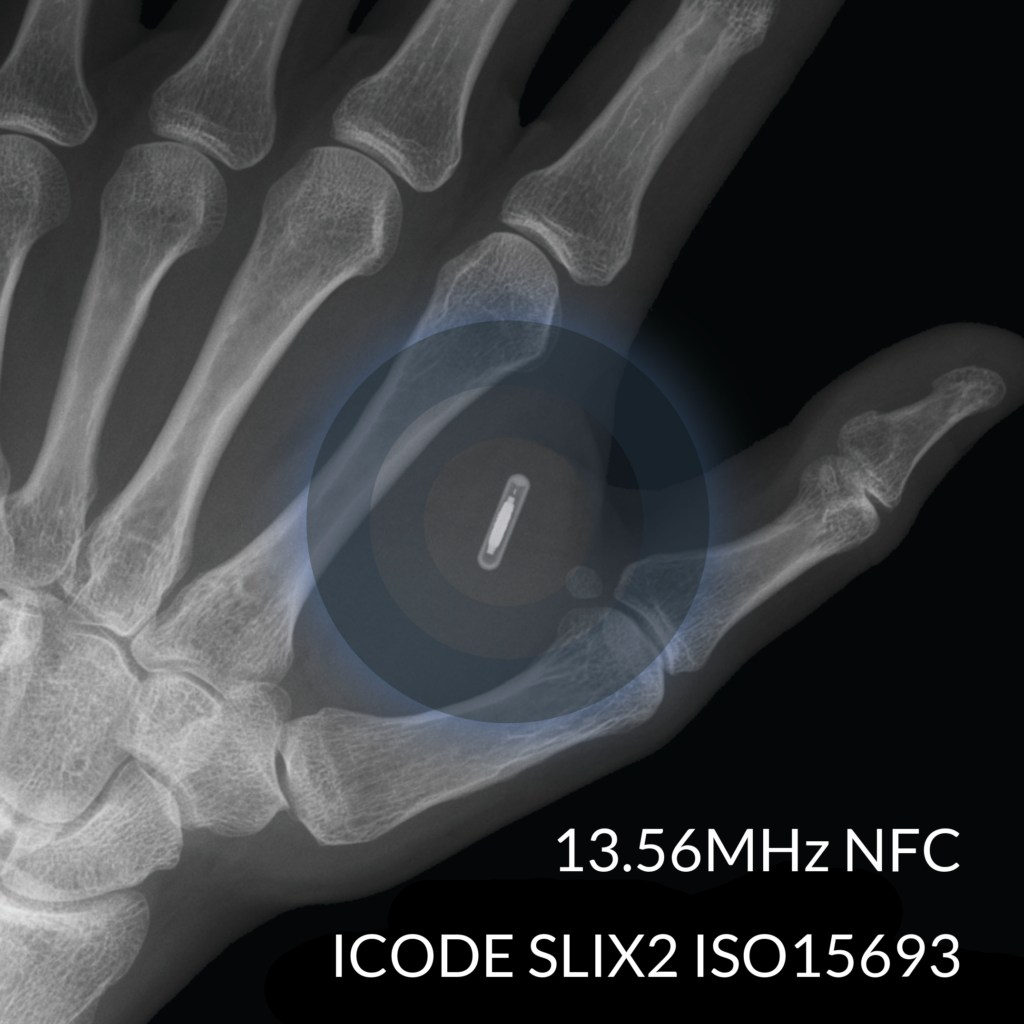 The xSLX chip is useful as an ISO15693 or “vicinity” transponder, and is compatible with certain commercial access control systems using ISO15693, as well as certain products which are compatible with ISO15693 transponders such as the padlock and door latch at thequicklock.com, and the GunBox series of RFID pistol cases.

This is awesome. I love you, DT!

Ah well then I can just do it that way then

So I can finally be recognized by the cashier-less POS?

What’s the read range like compared to ISO14443 chips? It’s supposed to be a vicinity transponder - better range than proximity - and the ICODE SLIX2’s spec sheet says “increased reading range”, But it’s still the same glass package with the same sort of coil and the same carrier frequency. So… marketing speak?

My example would be between my NExT-xNT compared to my OG Vivokey Spark.(ISO15693)

Negligible difference, both good contact reads, but in saying that, the ISO15693 is not handled as well on android, On my S9 at least… So range the same, android ISO15693 finicky.
Unfortunately I don’t have any other non android ISO15693 devices to test it with sorry

It’s a bug introduced to Android its self, so it doesn’t matter what phone you use. Amal has talked about it a few times. This is just for certain locks that would only work with ISO15693. It’s nothing super next level, just more compatibility.

Thanks for the hard work Amal!

So the scoop on this is that yes ISO15693 is more “RF sensitive” than ISO14443A, meaning it requires less power to do its thing, but with reduced bandwidth. For the most part, this translates to a net % gain in what I call “RF performance” … which is a collection of features that includes “read range”. However, because this is a % based improvement based on energy transfer, the % gain can basically be mapped to antenna performance in general… meaning if you test two tags with identical antennas head to head - one is ISO14443A and one is ISO15693, then the ISO15693 tag is going to out perform the ISO14443A if tested with the same exact reader in the same exact position (tests are identical). But again, the gain is % based… so ISO7810 ID3 cards which already perform really well with most readers will see a lot of gain while tiny little transponders like the x-series, which don’t perform very well really, will see a negligible gain… and that’s what I’m seeing here with my Spark 1 vs my xNT.

That said, I think what is more important is another aspect of what I call “RF performance”… and that is coupling sensitivity. Put another way, how “exact” does the orientation of an x-series chip need to be to get a good read. My xNT can basically work with most readers at a 45 degree angle to the reader antenna coil, meaning I have about 90 degrees I can work with to get a good read of my xNT… but I also need to pretty much be right on the money with that antenna coil - it must be over the chip pretty much exactly. If there is an offset of even a few mm, then the read angle reduces by quite a bit. This is where the “RF sensitivity” of the Spark1 and xSLX work in a noticeably better way. I can see a registerable improvement in both offset tolerance and rotational angle, meaning I don’t have to be as exact when dropping my phone down on the Spark 1 as I do with my xNT. That’s a bankable improvement over simple “read range” by any standard.

Neat, thanks for the explanation. Now all I need is to convince myself that I need a new gun safe to order one

Talk about coincidences: at the moment, I’m at a company ski outing (well, more boozing at the bar than skiing if I’m honest). One colleague showed me his ski pass. It’s a cheap paper credit card thing, and there’s no barcode or mag strip on it. So naturally, I ran it through NFC Tools. And… lo and behold, it’s an ISO15693 EM4x3x.

Forget the gun safe. This is a nice ski resort, and card carriers can charge drinks on their card. See where I’m going with this?

Can you change the UID on the xSLX?

not an answer to your question but might have some useful info…
http://www.proxmark.org/forum/viewtopic.php?id=1528&p=2

That’s my understanding also. But who knows… Maybe @amal managed to source special chips out of China or something… At any rate, it don’t cost anything to ask.

From the thread you posted a link to: Magic 15693 chips are a thing. If that’s what’s in the xSLX, I’m buying right now, just because

There is a Magic15693 chip. It’s been about two years, I have to 1.2version of the Lua script to change those uid somewhere on this laptop.

@amal are the chips in the implants changeable as far as there uid?

Still usable and awesome to bring that ISO back as a custom piece! DT once again the forefront of customer service!