The field detector shows the blue reader as very weak

Did you open it up to access the actual antenna?

Took it apart and it made a dramatic difference in the field detector. But no magnetics could find it. It must be deep, because they didn’t even feel it at all. What are implications of it being in the muscle?

But no magnetics could find it. It must be deep, because they didn’t even feel it at all.

Yeah, sounds like it is quite deep, maybe in the muscle, Hopefully not…

Before you go any further
Have you read this post about Bricking a NExT
@Backpackingvet read his work card with a blue cloner and it bricked it, I have never heard of that happening before, maybe somebody else has though, So just for your awareness.
Have a read before you carry on.

I just took the front off.

I dont have mine with me, but pretty sure it comes apart at the seam in two pieces, the antenna, is a small board antenna, probably stuck to the front face 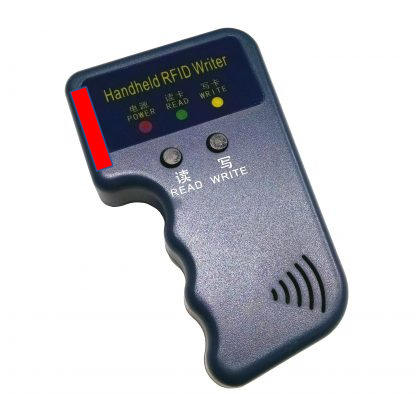 As for the NFC, I tried that app and it does read it, as does all the other ones. The issue is writing to it.

Did you check out This Wiki for phone NFC antenna placement.
iPhones use the apple pay location, ie. the top front edge (One thing I think apple got correct)

One thing I think apple got correct

You said something nice about something Apple?This is the end of world as we know it, virus be damned!

Haha, fair, BUT
I actually do think they make a great product.
Stylish, intuitive, and a great phone for people that just want a basic phone (great for the elderly and non technical people)
as long as they don’t mind having proprietary accessories, no expandable memory, Tied to iTunes to do ANYTHING…
But if that’s what you want and expect then an iPhone is a good choice.

People that have an android/Samsung that need the same experience, I just set their phone onto “easy mode” for them 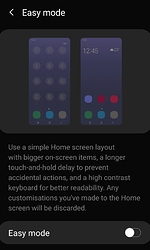 Unfortunately, there’s nothing I can do to give them the full proprietary and locked down Apple mode…

Just some short notes… if the ndef record gets corrupted during writing to the NFC chip in the NExT, iPhones and many Android phones will just give up. That’s because when you write data to an existing record it seems to want to modify it instead of overwriting the entire thing… probably to help with keeping block write counts down… but anyway a broken ndef message or record envelope will result in borky mcborkface… you may have to use a “format” or “erase” function first… but that might also fail because most apps don’t properly handle the lock bit disabling or auth0 password protection we set up and ugh… we just need to release a better DT app I guess…

Also with the blue cloner, this is how a write should be attempted on an implant; 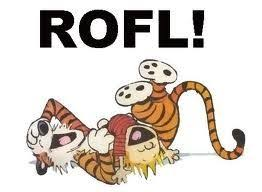 By the way
Great Video Amal.
I like the Covid19 ensemble

Good video Amal. It would almost be worth ungluing the coil, cutting two notches into the edge of the lower clamshell, and gluing the coil back on flipped 90 degrees, with one long edge sticking out of the casing through the notches, so it’s usable as you describe without having to open it up.

Yes some have done this. It’s a good idea.

We can definitely help out

What are you doing on the PM to read it? Have you got the PM working at all?

When you say you can’t read it what do you mean? What is it doing? Are you getting an error like no known/supported 13.56 MHz tags found?

It is an PM Easy.

Once in I ran the command,
lf search
I got the identifier
Then I ran command
lf hid clone [id]

It says complete, but doesn’t work. So I try lf search to see what it reads as on the new one and it says what the screenshot shows.

So first things first I recommend running
hw tune
This should be run every time you power the pm3 on with no tags near it.

That command is timing out which is strange. @kayTH might have had a similar issue if I recall.

It is likely a coupling issue with the easy. Use the little glass LF X field detector to find the best location for the implant or look around the forum for positioning advice, I do not have an easy so cant help much with positioning.

What firmware are you running,Iceman or stock? (It effects the available commands)

lf t55xx detect should pick up the chip (if you get the positioning correct) regardless of the config.

Have you had any luck with HF search? The DT reader you mentions know as the KBR1 is reading the HF side of your implant.

The field detector does not detect anything with the 125 one

Okay so you have tuned the PM3 and then moved the LF xFD all around the proxmark LF antenna while running a command like lf search or lf hid watch to power the coil? If so, I would usually say the LF antenna is having issues (a possibility with anything but especially knockoffs like the currently available easy) but you got a read out of a separate card right? Given you can read a normal tag and but you can’t light the xLED I do not know what to think, it could be a bad coil that just happens to work enough to pick up the larger tag but not having an easy I may leave this to other forum members who have more hands on experience with your hardware.

Regardless have a look at this post for more info on positioning it may be helpful if you have not already seen it: 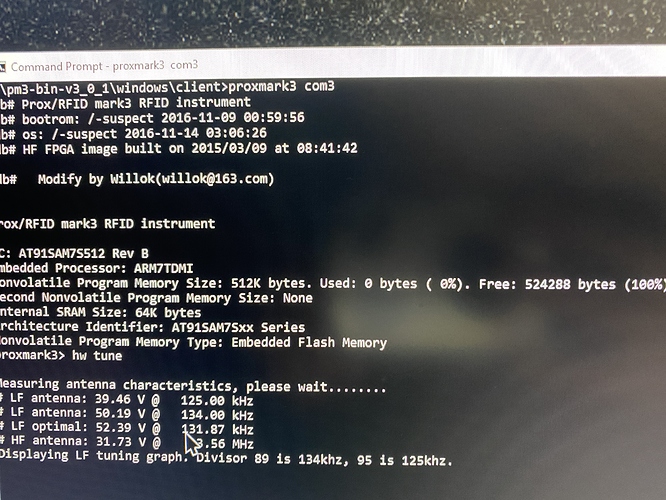 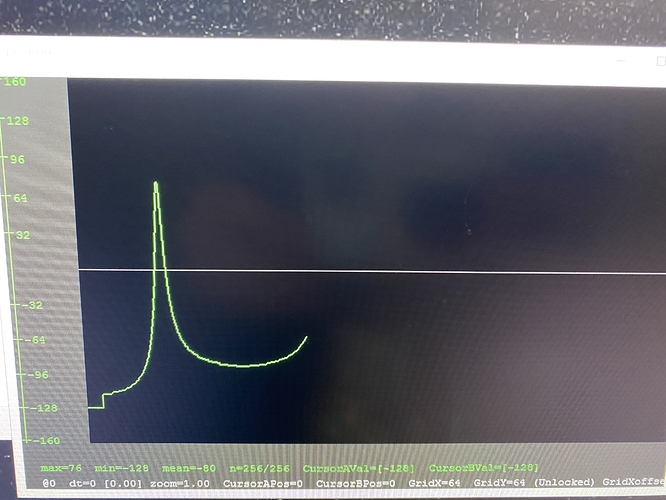 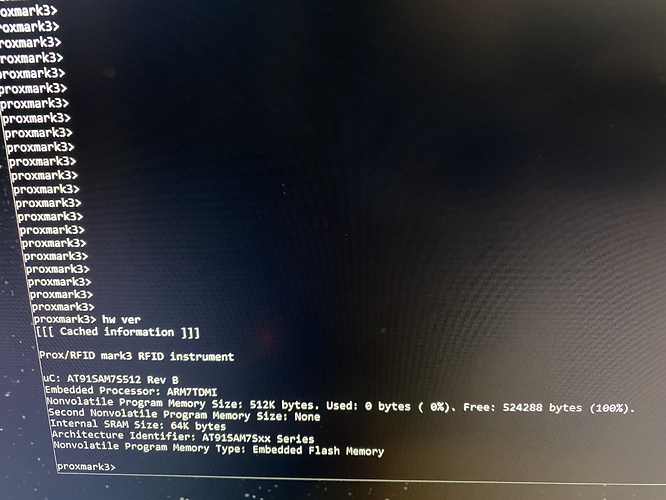 Ok so I would personally update the PM3 firmware to the iceman repo:

It has quite a few advantages over the base version, it may also fix the timeout issue you have.