Thing is I have plans for those spots.

I could put it in R/L1 but I want an SIID in R/L3 and a NEXT in R/L0 and I do not want to mess with clashes. Knife edges I want for apex.

Right forearm has other plans involving flexes and right forearm I am keeping clear for a full sleeve tattoo.

I exclusively wear t-shirts so I can 100% hit it with my phone. And even a reader if it’s not in a tight corner, although it would be hard to manipulate it to the right angle if its a tricky.

But basically I almost did not get one, as the forum ATM and I wanted to see what the app is like/maybe add the oauth to my servers. But I doubt I will enroll it in any locks given all the other options I have for that.

Okay, since nobody’s asking, someone’s gotta do it: why the upper arm? It seems mighty inconvenient to scan something there. Maybe a tad less with a cellphone, but definitely a PITA with a desktop reader. Are you running out of space elsewhere?

I doubt it will move far at all. That would make it a real magic chip. My forearm one hasn’t moved a bit, even though I tried to reposition it.

Uncoated chips can travel surprisingly far from the original implant site. Even the (coated) xBT I implanted in my torso managed to hike down half an inch before finally anchoring itself where it’s at now.

I would not implant anything uncoated without something to bony or muscular to coax it into a specific location. Too much chance to have a floater…

turbo2ltr kinda did ask this.

And essentially yeah space. Although there not installed yet I have plans for both hands with the chips on my desk already and the forearms have plans for tattoos or flexes.

Also why would a desktop reader be a pain? I can just pick it up and scan my arm right?

I can just pick it up and scan my arm right?

Assuming you know how to… then yes.

Yeah, but if it is gonna end up a foot down his arm, it was going to anyways. Half inch isn’t bad in my book.

Have you actually had that experience?

I would not implant anything uncoated without something to bony or muscular to coax it into a specific location. Too much chance to have a floater…

After the first month, without some blunt force trauma even uncoated implants should not move. The collagen network that binds your flesh together creates a matrix around the implant, stabilizing it in all directions. It’s more stable on the arms and legs, slightly less so on the torso.

I wasn’t able to find much reputable information about the subject, but the existence of this site delights and confounds me
https://functionalfascia.com/whats-it-all-about/fascia-facts/

Have you actually had that experience?

Yep: the xEM in my right hand started out almost at the front of the index metacarpal, and burrowed its way to the very back, only stopping there because the carpals were in the way. It literally created a little tunnel along the bone, along which is can slide freely. I don’t normally force it out of its usual spot at the base of the metacarpal because it’s not a very nice feeling, but I just tried and it still slides just fine all the way to the front of the bone.

The non-DT EM4305 in my left hand is coated. It barely moved after I installed it (I did pay attention not to knock it out of position for a week or two), and now it’s firmly anchored there, no matter what I do to it. Same thing with the xBT in my torso - although it did move a lot more: now it’s completely impossible to displace.

I don’t like uncoated chips. Coated ones behave much better. They may be harder to remove, but I don’t routinely remove my chips. So what do I care…

It literally created a little tunnel along the bone, along which is can slide freely.

Yeah, I remember your thread about this. It migrated 5 days after implantation. If you’re gentle with your install location for 2-4 weeks after implantation that will not happen. It may migrate a few millimeters over time like mine did after 4 years, but you won’t experience migration of a few centimeters unless you’re rough with it early on or there’s some later blunt force trauma.

Also, if you’re rough with it immediately after install then you’re less likely to have it settle later, because the initial installation injury is a signal for your immune system to promote collagen growth.

you won’t experience migration of a few centimeters unless you’re rough with it early on or there’s some later blunt force trauma.

The thing is, mine shifted without any blunt force or trauma: it wanted to move away from the get-go, and just a bit of cycling pushed it out of the way for good. And just to be clear, my bike is a recumbent, so there’s no heavy grabbing of the handlebar or anything: I wrapped my hand gently around it for the time it took me to commute, and that was it.

Also, I think the “your body will pin it down eventually” thing depends on the person: my body doesn’t seem to do anything whatsoever unless the implant is coated and irritates it into growing extra tissue around it.

I’m going to be quite careful not to bump it. I’m kinda curious I have a connective tissue disorder that may effect things, in my case it seems to usually effect my joints more than my skin but my understanding it may be a mutation in the gene that regulates type I collagen fibrillogenesis (it’s not particularly well recearced by the medical community or myself) so should be interesting.

I have a friend who has that. The guy is a human bendy-bus. Amazing the shapes he can contort his joints into. Me, I’m as flexible as a rusty robot. I’m pretty jealous. But then I’m not so jealous of his joints’ instability…

The thing is, mine shifted without any blunt force or trauma: it wanted to move away from the get-go, and just a bit of cycling pushed it out of the way for good

Definitely most, if not all people with migration issues that persist basically have something else going on. Impact trauma can dislodge an implant but I’m scenarios where it just never seems to settle, some people just have loose fascia and/or their bodies aren’t reacting with enough effort to clamp it down. Usually other healing issues are at play as well… anemia, hyperglycemia, certain vitamin deficiencies… prenatal vitamins can help most cases, but only if there isn’t something else going on.

scenarios where it just never seems to settle, some people just have loose fascia and/or their bodies aren’t reacting with enough effort to clamp it down.

Whatever the cause may be, my point was that there’s a chance that anyone who implants an uncoated chip will end up with a floater, especially if they implant it somewhere that doesn’t provide a mechanical way of stopping it, like a bone or a muscular bulge. And from what Leumas95 said, I’d say the likelihood of that happening to him in particular is high. 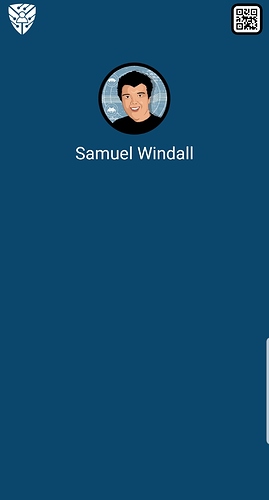