What to do with 'em?

A friend renovated an old grocery store (like really old, 60’s maybe) and when it came time to fix the doors, we discovered that the circuit boards were toast. These are the old style automatic doors that swing open when you step on the rubber mat.

Long story short, I got two complete door openers. He got manual doors.

So, what to do with them. There’s a cool project here that I just haven’t seen yet. (Like I need another one.)

FWIW these are the arm type openers that open under power, and allow to close slowly under spring pressure. In fact they’re very similar to basic door hydraulic closers, just has a powered motor open function added.

Do you have a shed or something with dual doors… that would be pretty sweet to drive a ride on mower out of said shed… you know start it up, doors start opening - queue the smoke machine and Europa’s “The Final Countdown” kicks on…

First idea that came to mind. 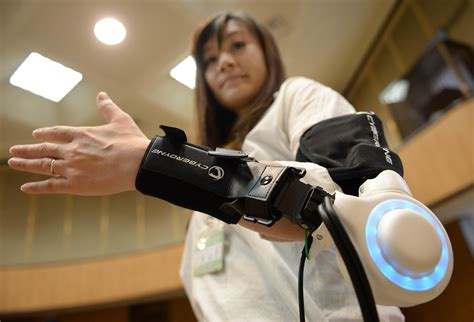 I was just talking with a friend about an implant in the leg, just above the knee on the outside edge. (in the meaty part, so if you are laying on your side, it is against the floor) Imagine… you are sitting in your office, someone walks in and you look up, tap the side of your knee on a reader under your desk, and the door closes behind them. They know they are in for A Talk.

We took it a step further… you leave work and sit in your car; there is a reader installed in the console. The side of your knee hits it. The car verifies your ID, adjusts the seat and mirror to your settings, changes the radio to your station, and starts the car.

I have an implant in my foot and I use it to log into my computer at work… and perform cheap magic tricks, exactly as you describe

I made a little inclined stand for one of my long-range readers in the company’s workshop this morning, so I can present my foot comfortably to the reader when it’s under my desk at work: [image] [image] And now I can do magic tricks at the office:

As for the car, I plan on having it start up when I depress the clutch (NFC reader under the pedal). Since the implant is in my right foot, it can’t be operated by mistake, as it takes some effort to work the clutch with the wrong foot, obviously.

Trouble is, the damn car won’t start without the 433 MHz transponder in the original key, and I don’t have time to bypass it at the moment. So for now it’s just a plan.

sweeet. One of my dreams for a long time has been to pick up an old beater (maybe an old Golf or something like that?) and tech it up like this. Get an old car with manual everything so I don’t have to futz with immobilizers and transponders and things, then add it bit by bit… an autostart that reads an implant, shave the handles and have a reader in the hood or the side mirror to pop the doors, that kind of thing. Back before I knew about the implants I thought a series of microswitches at the end of each path on the shiftgate so you could program patterns as you move the shifter. So if you move the shifter down twice it unlocks doors, move it up twice to lock them. Right twice for windows down, enter the komani code to start the car… you know… nothing fancy

Well, my car is nothing fancy and certainly not new, but it has the stupid immobilizer. I’m pretty sure it’s not a big problem to bypass, but it’s a chore to do. Besides, I don’t drive all that much, so it’s kind of a lot of work for not many benefits.