Up to the pro of course, but it looks like the wound is much lower… closer to the wrist… did it go through your hand at an angle or something?

Yep about a 45 degree angle
Missing 3 wrist bones, lost one of the tendon/ligaments for the pinky, ring finger stuff was able to be reattached, completely cut the ulnar nerve and artery, nerve healed mostly, artery was never reconnected oddly enough… apparently it just all pools in the hand anyway 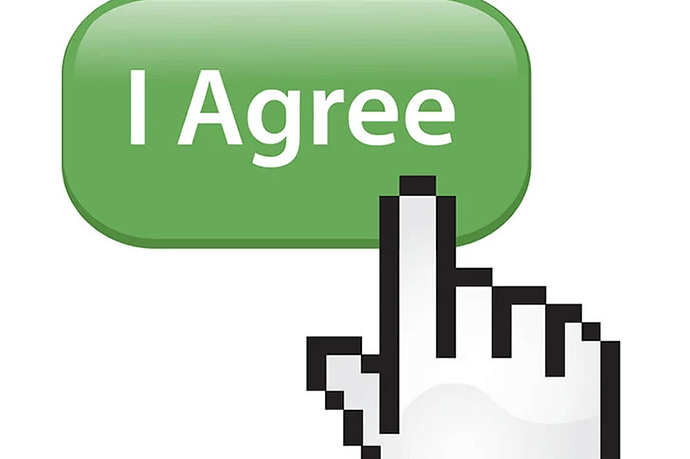 Put feelers out to the nearest on the DT installer map, they were initially go for flexnext apprised they off concerns, we’ll see how / if they respond

Deleted previous message to stay on topic and not derail

some of my tendons attached to the scar tissue

You know, it’s funny because you accidentally have on your hand a low-grade but functional version of something I’ve tried - unsuccessfully - to convince surgeons to do on me in the past: tunnel cineplasty.

If I were you, I would definitely get a piercing through that and exploit it for controlling an external device of some sort.

That’s horrifying
…but a bit interesting…

I want it done on my palmaris longus: it’s vestigial, it serves no purpose, and I have one in my right arm (not in my left arm though). Might as well use it for something, and it wouldn’t be a big operation - a doctor confirmed that it would almost be within the reach of a brave (reckless?) body artist. But no doctor will agree to do it, and I’m not all that keen on the brave body artist option…

Any progress on antispinning thing?

Doing a new batch soon… will try some ideas. Overall I think the width would have to be increased to accommodate the scaloppini

When can we expect to see some more post-installation photos? Can you see the outline of the implant? Does the implant block veins from being seen as easily?

Here, have a thread

@ottomagne is working on another

Still thinking about placement. If I would do it below wrist, on the other side than what photo shows, would it collide with spark2 (also visible on the photo)? 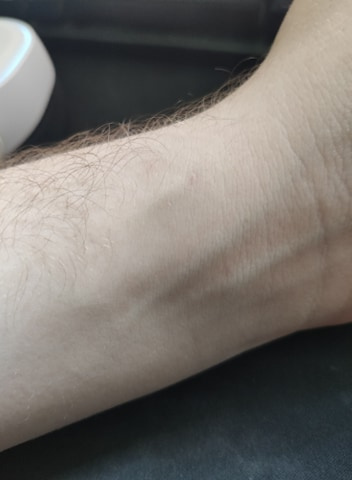 If I would do it below wrist, on the other side than what photo shows, would it collide with spark2 (also visible on the photo)?

It sounds scary, also it’s not a very flat area so it might put constant pressure on those veins.

I don’t know if I said that clearly, but I meant the other side than what is shown in the photo. Here I am showing my Spark2

I figured that’s what you meant, so my point still stands. I have a flexNExT in that exact position.

Even if he would put it there, the pressure on the veins would be pretty negligible… don’t mean to derail, but just to show what is possible, without any problems… 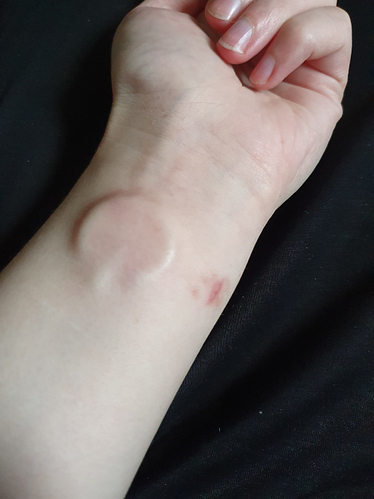 still in healing process, yeah, but no problems with tendons or veins at all. And that thing is 4,5mm thick and not 0,4mm

just to show what is possible

Man, that’s got me even more eager to throw a blinky flex under mine when I get it. That’s the 1", I take it?