Long story short.
I got my new shop by agreeing to do work for the building owner. The existing back door, which leads directly into my area, is completely rotted out around the jamb, meaning an anemic 10 year old could pull the whole door down. The building owner is going to put in a new steel door and steel jamb/frame.

I’m currently collecting keys to various bits of his property, and I’m always leaving them one place when they’re needed in another. The only one I regularly need is for this one door. (Really hating the key collection.)

SO… I got him to agree to let me put in my own lock on the new door as long as it has a key for him to use as well. Also, it needs to be knob-less. He’s spent alot of time running cash businesses in dodgy neighborhoods which makes him a little security twitchy. His building, his door, his rules.

I’m looking at maybe a SHS-3321, with a firmware rollback. But it has no keys.

I’m also looking at it’s sister, the SHS-3320 which does have keys, but I don’t know about the firmware.

The opensource lock appears to be dormant, and I don’t know of any other contenders.

P.S. I’m rocking a NeXT, so compatible with that.
P.P.S. Also found the SAMSUNG SHP-DS510MK

How about a tag reader with an electric latch?

My approach to this was slightly different: I changed the lock without telling the landlord, then when he visited one day, I told him “Oh by the way, I clean forgot to tell you: I changed the lock. I didn’t modify the door or anything, and I have a key for you. But if you mind, I’ll put the old lock back on, no problem.” He saw the installation was clean, and the old lock was nicely packaged in a cardboard box with packing paper, so he said “Sure, no problem.”

But perhaps my particular situation is different from yours, as my landlord is a pretty easy-going guy who really doesn’t mind what I do - especially since I’ve been paying my rent religiously the first day of the month since I arrived, and I maintain the property for him as much as I can.

Un-fortuneatly, he’s going to insist on a true deadbolt. And the more professional it looks, inside and out, the more likely I am to win him over on other projects in the future.

I’m looking at maybe a SHS-3321, with a firmware rollback. But it has no keys.

I’m also looking at it’s sister, the SHS-3320 which does have keys, but I don’t know about the firmware

Is it posible to give him an RFID keyfob of some sort so that he can use it as a key? With the advantage of easy mastering to future electronic locks that he may want to install in the future?

especially since I’ve been paying my rent religiously the first day of the month since I arrived, and I maintain the property for him as much as I can.

That’s how you keep a landlord happy.

He has his wants and needs as much as mine. A physical key and a deadbolt without an external knob. That’s pretty much the standard I need to aim for. The more I deviate from that the much more rapidly the deal goes sour on me.

Also, I think the SHS-3320 and SHS-3321 may be the exact same lock, only with or without the key. It also looks like the SHS-3320 (with key) may be obsolete and no longer on the market. Seems weird though that the nearly identical model is still available.

Presumably the SHS-3320 has been replaced by the SHP-DS510MK.
I think.
Maybe.

I purchased a TownSteel E-Smart 5000 (BLE) Deadbolt from CLK Supplies. For a little over $250. This is cheaper than the Level Lock Touch that I got to test and has a one star review on here. The deadbolt replaced my current deadbolt (A Schlage B560) both are ANSI Grade 2 commercial deadbolts so they should stand up to similar abuse. Both locks have a cylinder which takes a standard Schlage SC key blank. The B560 comes as a 5 pin lock but is fitted with a six pin cylinder. Unfortunately the …

Did you ever get to try it out with an implant? How’s the range, etc? Still going strong?

I don’t have an implant yet, but I use it with a dual frequency ring. I get at least an inch range with the ring. It is still working perfectly. I would imagine that you wouldn’t have much trouble with an implant but you might have to be a bit more careful than I am about placement.

I assume that the dual frequency ring should have a similar range to the flexNT. If anyone has both a flexNT and an xNT, can you comment on the range of the two implants?

Also, @Zwack, do you have an x field detector by any chance?

I don’t have an implant yet,

I don’t have an implant yet

Also, it’s interesting that you seem to be fully integrated in the DT mind control collective without any of the control devices. I wonder if you might in fact have been abducted by Amal and implanted while unconscious or something.

Also, it’s interesting that you seem to be fully integrated in the DT mind control collective without any of the control devices.

He’s a synth, not a cyborg!

Joking aside, when will Amal start offering a full body synth conversion?

What makes you think that he doesn’t?

Serious answer, a combination of lack of use case, and having to travel out of state to have it done.

Just ordered one, when it arrives I assume you would like to see how well it illuminates…

lack of use case

Interesting… So none of the stuff we do with ours appeals to you at all?

You already have a use case. This would be your deadbolt.
Can’t help ya on the travel.

I’m going to have to strike the Samsung SHP-DS510 from the list. It appears to have a short life due to jamming problems. 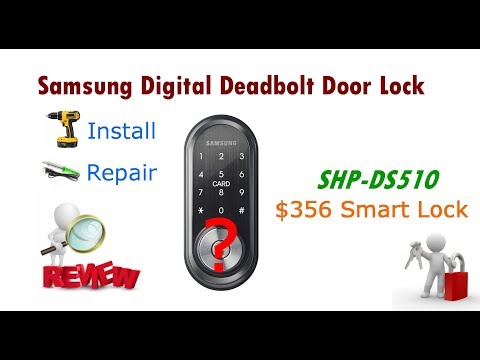 Also striking out the Samsung SHS-3320, as it seems to be out of production. And the SHS-3321 as it has no physical key, plus it needs to be firmware modified.

That leaves the Townsteel E-smart 5000 as the only remaining, and therefore best choice.

No, some of it appeals, but I don’t need an implant for most of it. The Apex does provide a use case (although I am waiting for the max) as I do use various 2fa mechanisms and the inclusion of my electronic identity being part of me does make a lot of sense.

Apart from my front door (which also has a keypad so I need neither an implant nor a key) I don’t have to deal with access control systems.

I can’t convert my wife’s jeeps.

When I finish the keyboard wedge that might be enough impetus though (if the Apex Max isn’t out yet).

Maybe I can tempt you with this:

I got my first implant for purely practical reasons (to get rid of keys and passwords, as always) Then my second because one kind isn’t enough. Then my third for the same reason, etc… But as I got more and more “compatible” with the RFID world around me, and also adapted key bits of the world to me, I started to feel more and more connected to some invisible world of machinery. It’s a subtle feeling of belonging to it as much as I belong to humanity. Hard to describe without falling into a bad parody of a 60’s science fiction pulp but… there ya go.

I still feel it all the time. It’s deep, slightly transformative and strangely personal. Half of the attraction of implants to me is that indescribable feeling of being to the world of machines what Portuguese jesuit priests were to medieval Japan: barely accepted there, not really compatible with that alien kingdom, yet having a foothold there despite all odds. If that makes any sense…

You could possibly enjoy experiencing it too. It’s interesting.

No, some of it appeals, but I don’t need an implant for most of it. The Apex does provide a use case
…
Apart from my front door (which also has a keypad so I need neither an implant nor a key) I don’t have to deal with access control systems.

That’s ok, implants don’t have to have to appeal to everyone. And I’d be a hypocrite if I started pressuring someone to get one when I support morphological freedom.

In fact, this is why I suggested the x field detector. That keychain sized device should give a decent indication of how well an x series implant would perform without having to get one installed.

Well, the order is in, normally it doesn’t take more than a couple of days for orders to get here, so hopefully I can test for you by the end of the week.

It is tempting. If it wasn’t a 500 mile round trip to the nearest known installer I would probably have been chipped by now.

I don’t feel like I could do a self install particularly as I am interested in bigger antennae.