Sorry, I only speak metric

Welcome to the community

My carav… Ehem… RV is a tech cave, I got it for free and remade all the inside, now an RV from 1975 looks like a retro van with loads of techie stuff, from 4k TV, consoles, pc integrated into the wall, automated shower and after I get my implants… A nice new lock.
I’m actually not by myself, I have a partner and since we live together, he’s a nomad too. I left everything I had for adventure, sold my cars expect the monster, left my apartment in Barcelona, left my job and changed careers. Now I’m self employed and I work in Forestry under my own rules. I have off when I want, and I get back to work when I feel like it. That allows me to travel the world whenever I feel like it. I only have one life, I want to live it and mod it to the fullest.

And yeah I do miss having stuff around to do DIY, specially a place to work on my car, and I also would not mind people having more open minds and stop calling me homeless or all those social stigmas people have for the part of society who doesn’t live by the rules. But I feel good thinking… If they knew all I have inside that van, and what an amazing life I have, they would be blown away

Thanks! I actually like to take control of my biology, so initially I was praying they made a biochip that would test my blood and give me results like glucose, blood fat, ketones and oxigen in blood, so I could control what’s going on in my body… But I haven’t found anything similar to that, well, a thermal one but I’m yet to study that and what use could it have for me.
I have a very active life, I love fitness, endurance training, food, biohack in terms of supplements/diet, so a chip that could tell me that would be awesome.
I heard there was a lab in Sweden working on a personal blood test lab that would send your results via Bluetooth to your phone, but I haven’t been able to find anything else on it… Also Biohax had a mini YouTube documentary and I heard a dude on a gym talking about biochips being able to read different parameters of your body including glucose and BF but it was dub in German I think so I couldn’t understand what he was really saying… It if was a reality or a wish for the future.

I am also interested in the XSIID led+nfc, because light under the skin its really cool but only if I can give it use. And man I’m so looking forward on seeing what else is available and their uses, I’m just starting my research so there’s a lot I don’t know.

a biochip that would test my blood and give me results like glucose, blood fat, ketones and oxygen in blood, so I could control what’s going on in my body…

a thermal one but I’m yet to study that and what use could it have for me.

Long story short: I struggle to imagine a jolly-good reason. For humans, at least.
And not the chip is the reason, but the reader.

If you ok to carry around the reader you might as well carry a thermometer with you.
Modern devices take a reading in 3-5 seconds. (Wow!)

But as I mentioned: I am easy to convince, so @everyone, have a go.

fit well to your introduction topic.

Not Theranos, those are big BS, I was referring to a Swedish company. The problem is… Medical fields keep nice and fun gadgets to themselves and for whatever reason the public don’t get to try it. The link below is something similar, don’t know if it’s exactly the same news I saw but pretty similar. I don’t know either if it’s a fake like Theranos or what… But it would make my dreams come true (and my life easier). I currently stab myself in my fingertip to check those parameters from a reader and I hate it. 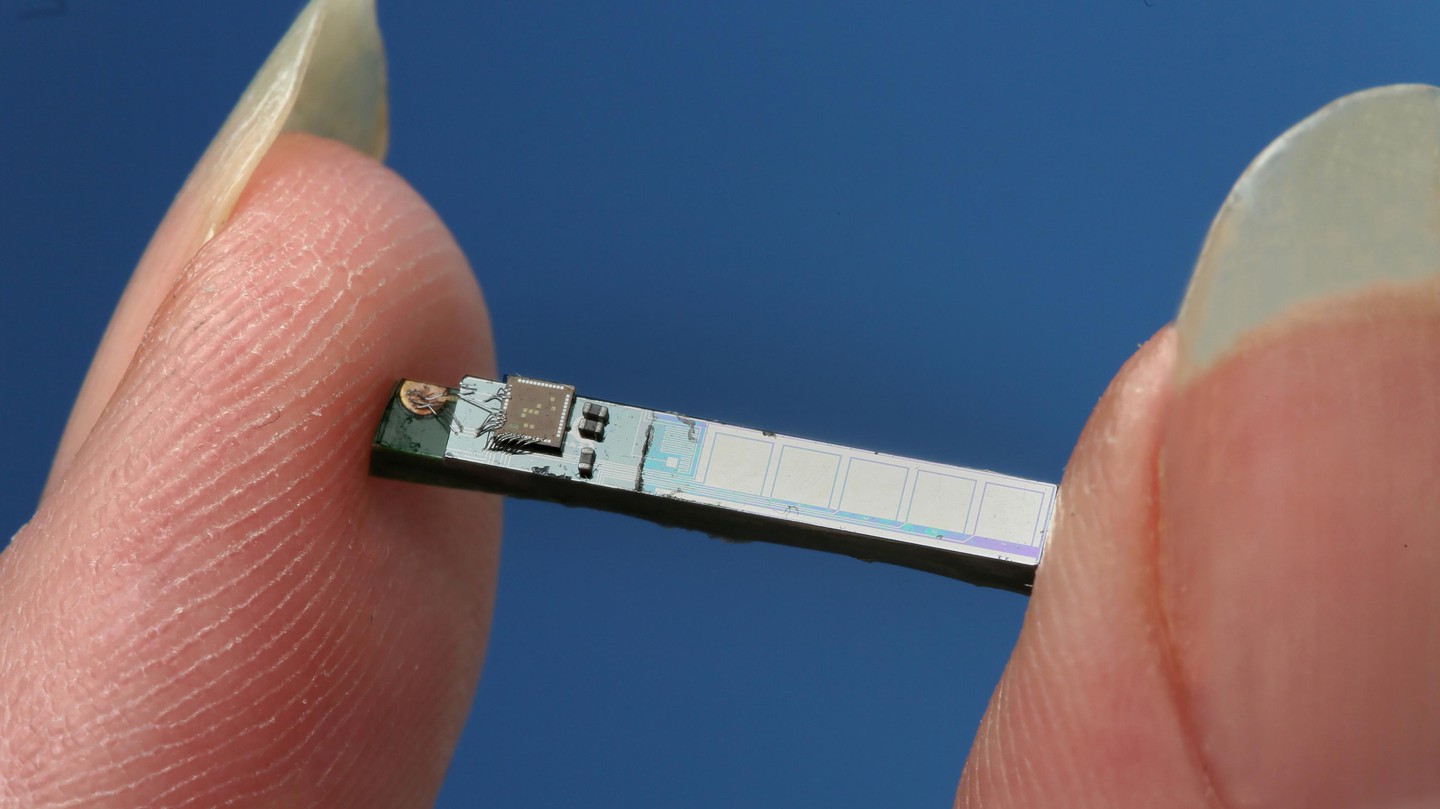 Under the skin, a tiny laboratory

EPFL scientists have developed a tiny, portable personal blood testing laboratory: a minuscule device implanted just under the skin provides an immediate analysis of substances in the body, and a radio module transmits the results to a doctor over...

Yeah about the thermal chips, I just can’t find any good reason to implant them on myself… If I had a medical condition and my temperature was a factor to look out for then yeah, but not the case.

Heyy, and welcome in the comunity.

If you are interested in glucose monitoring, there is the Abott Freestyle Libre 2. It’s not really a chip so much as a device that sticks on your arm. It’s to be replaced every 14 days (the glucose reductase on the sensor needle is broken down by the body). It’s intended for diabetics, and some models can be read using a smartphone using NFC and an app.

Oximetry would probably be better done with a wearable… and about blood fat/ketones, I have no clue

And I think there is at least some interest in this community for a xBT with NFC. Currently it has to be read with a special reader, which makes it quite unpractical.

And I think there is at least some interest in this community for a xBT with NFC. Currently it has to be read with a special reader, which makes it quite unpractical.

haha sorry for the bit of a derail there. all I can say at this time is that we are exploring NFC sensor platforms, which include temperature.

There is also the Eversense CGM implantable for glucose monitoring, but it has to be replaced every 90 days I think.

keep nice and fun gadgets to themselves

Unfortunately it’s a consequence of medical approvals being how they are. It takes years of testing to approve anything for medical use, and a lot of money.

But, without going into too much detail, it’s one of the areas we think will have progress sooner or later.

Would be cool if there was an implantable device that could admit a cartridge the size of an x series with the testing compound… So you can install the device subcutaneously and have a nice entrance for the parts that have to be renewed, that way you don’t need to change it every 14 or 90 days.
I wish I had the knowledge and stuff to invent these stuff, but I just have the imagination

Yeah, unfortunately the body is not too keen on having things that stick out of it… See catheter infections if you dare (can be quite gross), and it would require an extreme amount of care, and never properly heal - similar to dermal anchors. At the moment it is just too inpractical, I’m afraid

Hi,
I am Guyshowers and Im glad I finally registered.

Nice.
Welcome to the forum!