How often should implants be removed for cleaning?

I mean obviously you wouldn’t want it just sitting in there getting dirty all the time, so what’s the cleaning schedule like for your implant?

Ok, seriously, what’s the weirdest question or preconception you’ve seen about implants - not just here, but anywhere ya like? And if you haven’t seen anything, get creative.

lol, then there’s that question, yes.

“Can you feel it all the time?”
“Does it get hot?”
“Does it shock you?”
“Can the government track you with it?”

A lot of my friends ask that last one. Of course, most of them are Jewish, so there’s a history there that’s pretty hard to argue with. I just let them know the technical basics and most are like “Great. Still not for me,” lol.

I actually find it funner to prod it along a bit.

Like hold your hand near their phone and concentrate for a minute, then say, “Really? Those are the websites you go to?”

IF we ever get a 55hz LED implant going, (need to get back to that) then I swear I’m gonna tell people I’m wirelessly charging when it lights up.

IF we ever get a 55hz LED implant going,

What runs on that?

For most people that sentence doesn’t answer the question at all. None of those words mean anything

It’s an atttempted implant that would light up like a xLED implant, but instead of being powered by a reader, it would react to normal household power. 110V A/C power, like what your refrigerator / tv / microwave runs on.

This is where I was working at it.

I’ve been doinking around with the concept of a 55hz tank circuit to function as a voltage detector. It’s a fun idea to think about, but I decided to try to hang a little reality on it. Reality is kind of a buzz kill sometimes. Still, I present my failure, the electric toothpick. [20200410_214402] It’s an LED, a 220uf capacitor, and a poorly executed coil. My understanding of inductance in the circuit is fuzzy, but improving. I was aiming for 38 mH, and I might have gotten close, but the ad …

It fell by the wayside, cause life overwhelmed me. I’ll get back there soon, just gotta finish some stuff up first.

The question is not stupid actually, if you don’t know how passive implants work. But it did seem odd.

The supply to most businesses and homes throughout the world is AC or Alternating Current which means that it is a sine wave.

50-60Hz Is the frequency at which this supply alternates or 50-60 times a second.

So if we could get an led with a coil tuned to somewhere between 50 and 60Hz similar to the antennas for the xled 125KHz or 13.56MHz it should illuminate when near a plug socket

The trouble is, it’ll never work: the frequency is much too low, and the “inductor” (the wire in the wall or wall socket) is not a coil. There’s a reason why transformer primaries are coils wound around a core.

The mains barely radiates enough power for an AM radio to pick up as noise - sometimes - but certainly not enough to light up a LED.

I hate when reality is being a downer, I’d pay for one of these in a heartbeat.

It might be possible to detect AC if sufficient current is travelling through the cable (commercial toaster oven sort of current) but theres a reason all the VoltStick-things (non contact voltage detectors) are active. These companies would definitely go passive for cost and reliability if they could.

i mean i know

it was just for explanation.

wonder if we could “shrinkify” a volt pen, hmmmm.

“Is that even legal?”
With regard to cloning credentials from another tag.

Not a question, but I got the quote:

“They can kill you,… Watch the Belko Experiment”

You don’t clean them. No need

You don’t clean them. No need 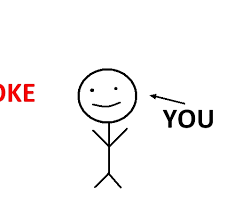 Not a question, but I got the quote:

“They can kill you,… Watch the Belko Experiment”

“What a relief that would be, can you activate it? Please?”