Recently, iOS 13 was announced, and with that, various changes to NFC support in iOS were also announced, which as far as I can tell bring the functionality to about the same level as is available on Android.

That said, I really don’t know much about NFC and the details of the changes which they announced. I’m curious if anybody here knows more about these changes, and if it potentially means that NFC implants (specifically the VivoKey Spark) could now be compatible with iPhones running iOS 13?

I emailed VivoKey a couple of weeks ago and never heard back, so I guessed this would be the next best place to ask!

I’m curious if anybody here knows more about these changes, and if it potentially means that NFC implants (specifically the VivoKey Spark) could now be compatible with iPhones running iOS 13?

Yep… iOS 13 takes off the gloves and I’m pretty sure we can open up full NFC application support, including VivoKey.

I emailed VivoKey a couple of weeks ago and never heard back, so I guessed this would be the next best place to ask!

Sorry buddy! It may have fell through the cracks

Ahhh no problem at all, thanks for the reply!

That’s great to hear! I’ve been hoping to get an implant but not being able to use it on iPhone was killing the idea for me, totally sold now though!

Any idea if there’s a rough timeline for when that might be available?

Hmm not at this time, but it’s now a priority.

Hey Amal any update on the IPhone situation?

A sad update… for some reason, Apple has allowed custom commands to be sent to NFC chips, but then put a limit on the range of command bytes that can be used.

See the highlighted section? Sends a custom command (0xA0 to 0xDF command code), as defined in the ISO 15693-3 specification, to the tag.

The commands we need to send to the Spark to perform cryptographic functions are truly custom, and lay outside this range. So at the moment, we are not able to support Spark on iPhone.

Is anybody HONESTLY surprised by apple?
HONESTLY?

Unless the iPhone is jailbroken it is completely locked down by apple.
No expandable memory
Proprietary charging cables
proprietary accessories
Tied to iTunes
Developers make less profit
Overpriced
Over rated
the list goes on…
In fairness, the iPhone is a well designed, robust and intuitive piece of kit; and of course both Android phones and iPhones have their advantages and disadvantages but until apple remedy ALL of their failings, currently in my opinion Android wins especially for this community.
I know some of you iBandwagon peeps have an android purely for biohacking purposes, but you should, from time to time ask yourself, what advantages do I REALLY get from iPhone…

I agree with your points, I just don’t have the stamina to stay angry at Apple or it’s customers any more. Apple has just become another enduring problem in the tech world, one you just have to deal with and shake your head. iPhone’s popularity is like drinking and driving. It doesn’t need to be like that, but watching from the outside we just need to account for it and move on. And sometimes they make business decisions that feel like someone driving through your living room at 3am.

Some good news though, Apple is a diminishing proportion of the smartphone market. Here is a relatively up-to-date analysis that indicates iPhones are ~53% of the market in North America, and less elsewhere. It’s been a long time coming, but tides are changing.

https://forums.developer.apple.com/thread/122127
we need people to help bring this to apples attention we kindly ask you to comment on this forum

I attempted to make an apple ID just to assist you in getting the word out. After going through all the steps it came back at me with
“your account cannot be created at this time” once I entered the email confirmation code. Kinda salty. I’ll try again later

thank you for trying

Yeah I completely understand Android has way more advantages than IPhone I had just decided to get one because I’ve had android for so long and Jailbroken iPhones are pretty alright. I want to upgrade from my iPhone X to a Galaxy 10 or a Pixel or something. If anyone figures out a way to use the spark on maybe even just a Jailbroken iPhone you’ll save me a lot of trouble.

I don’t have a VivoKey spark but rather the NFC ring DT sells. I can use the Apple shortcuts app to program a limited number of commands to it and I’ve even seen an option to run python scripts via a shortcut fo Pythonista and so I’m thinking there’s a lot of possibility with this release of iOS 13.

Can someone explain to me briefly what makes the VivoKey different than say the xNT? I’m unclear on what it means to be a cryptobionic chip.

The VivoKey Flex One is a chip that will be able to run applets on itself, enabling it to do active cryptographic calculations, like a credit card would. It may open the door to being able to pay with implants and to do many more complicated things than just pulling up a web page, handing out contact info, or opening a lock. (Currently in beta, Hopefully released soon)

The VivoKey Spark is simply an authentication tool. It basically serves as 2-factor authentication, ensuring it really is you logging into something as you need to tap something that is inside you to be able to log in. It CANNOT run the applets.

The xNT is simply an NFC chip that you can load with whatever data you want to be pulled up when scanned. It also outputs a UID that can be used to unlock things that it has been entered into.

Can someone explain to me briefly what makes the VivoKey different than say the xNT? I’m unclear on what it means to be a cryptobionic chip.

@Jaroot did a fair job explaining, but I will just expand on it a bit… the Spark (and upcoming Spark 2) have cryptoprocessors inside and are able to perform encryption of data. This ability lets the VivoKey platform send a challenge to the chip through your phone via NFC and the chip will encrypt that challenge with a special cryptographic key that was loaded on to it by us during manufacture. The response is sent back to the VivoKey platform and after it is cryptographically verified, some action is taken. That action can be authentication or authorization. Authentication would be a kind of “logging in” whereas authorization could be confirming a bank transaction or some other intent, or even voting… like let’s say you need 3 out of 5 board members to vote on some action (could be a blockchain contract or just some voting submission API call)… the only way to confirm the vote would be to scan the chip when prompted for an affirmative vote. The power here is that nobody with access to your phone, devices, or account passwords could perform this action… only you can by way of chip scan. The VivoKey platform doesn’t even have usernames or passwords, just chip scan and profile PIN code (for registering new phones etc.)

By contrast, the xNT is simply a storage medium. You can write data to it and read it off. There is nothing that anyone would consider “secure” about it. If you store sensitive information on it, then it would be trivial to obtain that information and emulate it once obtained. This is why storing encrypted data on your xNT is pointless. You don’t have to be able to decrypt the data to be able to simply emulate it to whatever reader is expecting to read that data… the end result is the same… the reader thinks it is the xNT it is expecting.

Makes perfect sense now. I especially like the blockchain analogy. I wonder if this ring from NFCRing dot com will be secure. 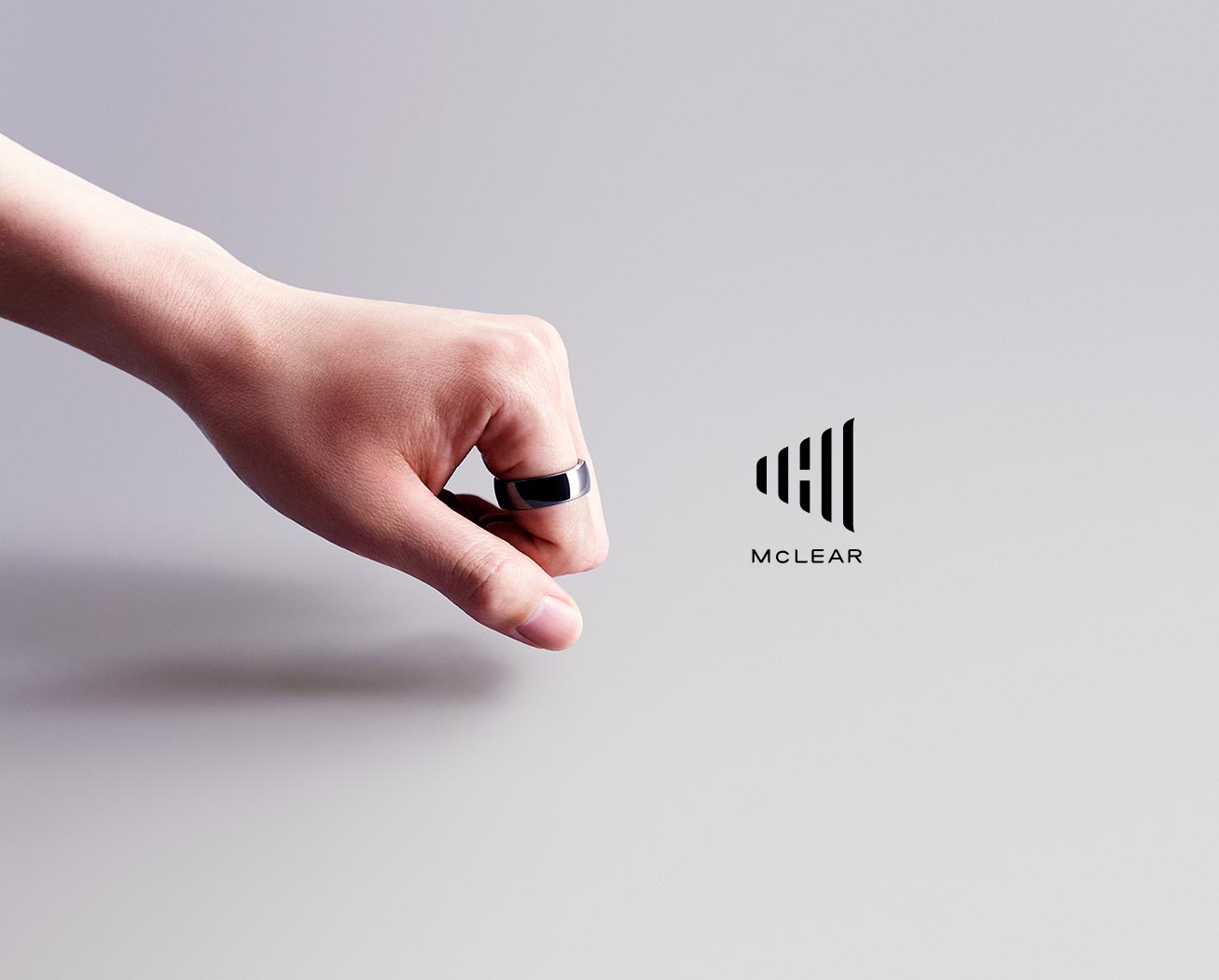 The original Contactless Payment Ring. Make fast payments with a wave of your...

Pay with a wave of your hand. Make fast, convenient and hassle-free contactless payments with the McLEAR Smart Ring. Leave the card and cash at home.

I wonder if this ring from NFCRing dot com will be secure.

secure in what way? i’m sure it will be secured for payment, but that’s not really all that useful for non-payment related activities.