Being recently implanted with a NTAG216 I bought a Dangerous Things KBR1 reader as part of my implant purchase which works great, however I saw a need for having 2 or 3 of these in different locations at work and home etc. and I knew the KBR1 weren’t the cheapest readers on the market, so I started to explore a cheaper readers listed on Amazon that essentially do the same thing: they present themselves as generic keyboards to the computer and then they output the UID as if it were being typed very fast and then hit the return key at the end. 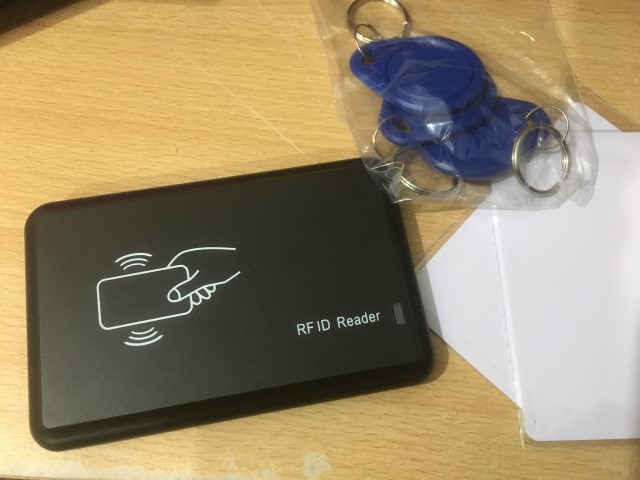 When it arrived, before even trying it I thought I would take it apart to inspect its innards and see what kind of antenna array it was using. Deconstructing it on my lunch-break at work I found something very amusing: 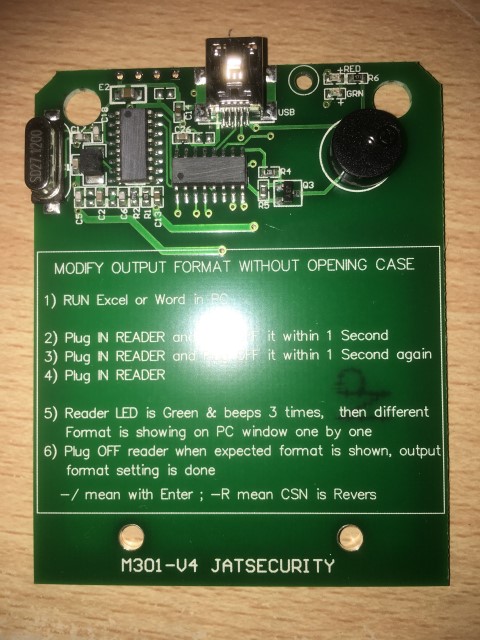 Instructions, with a header that reads: Modify Output Format Without Opening Case
Firstly I’ve never really seen instructions written on a PCB before and secondly I found it comical that you could only read these after opening up the case. 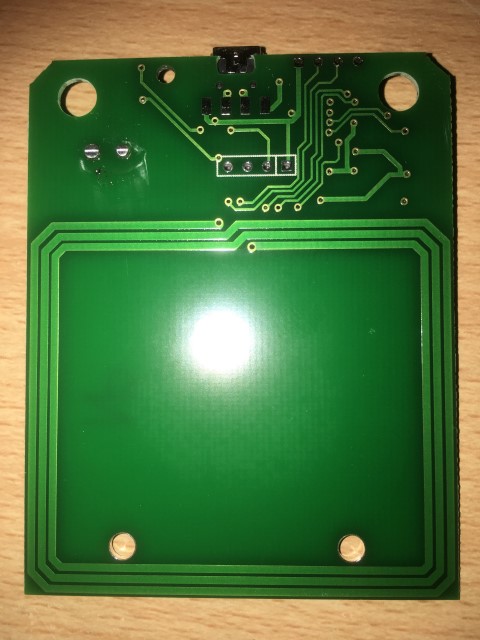 The label on the underside of the casing reads: M301 - Mifare card Reader - Made in China

The reader reads the fobs and cards that it came with, it also reads some other fobs and cards I got with a cheap RFID-RC522 reader off eBay, however this cheap reader above will not read my NTAG216 nor the NTAG216 stickers which I recently received.

I understood that it might not before ordering, but being 13.56MHz I thought I would take the gamble and would still inevitably use it for learning.

I understand that the NTAG216 chips are made by NXP and from what I’ve read on other posts on here the term Mifare is quite generic, but I’m still not sure if Mifare it is inherently incompatible with NTAG216 / NXP range. I have some more docs lined up to read but any pointers gratefully received!

I’m still new to this topic, the more I try to learn the deeper the topic seems to get but I’m doing my best to learn as fast as I can. I don’t have easy access to a Android phone at the moment, I might have to look at getting a second-hand Android unit for as cheap as possible, any recommendations on a old / cheap suitable model of phone to aim for that will have good NFC compatibility?

I’m sure someone will correct me or elaborate further, but I’ve found that “Mifare” is used to mainly refer to Mifare Classic, aka the MF1 S50 type tags, which the XM1+ is made to emulate.

NTAGs are a kind of Mifare as well but they’re the Ultralight which is a newer standard or something.

OK, thanks, I will do some more research using those terms.

I also got some NTAG216 stickers as you suggested on another thread to experiment with and I am in awe at how small the chip actually is, it is so incredibly tiny!

The reader is billed as a 14443A reader so it should read both mifare and NTAG216 tags, but it is labeled specifically a mifare reader, it may be limiting the card types to only mifare. Seems odd, but possible.

Typically the issue is coupling… I’ve bought similar units in both 125khz and 13.56MHz and they simply wont read glass implants due to poor coupling. I would try to check it with full size NTAG216 cards. It may just have a poor antenna design. Many of these style units do.

One thing I’ve learned about DT product offerings (the hard way) that they may be more expensive than the alternatives that are out there, but they have already been tested and you know they will work. See my adventure trying to save a few bucks on the PN532 here: Success! PN532 is not easy to work with!

I would like to ask you if you can detect whether you have a chip in you are not I was in planted without me authorizing it and I am being bullied with it.

So you think you've been implanted against your will? FAQs

Hello, You’re likely here because you have a problem. Either you’re getting intense headaches, hearing voices or noises that others cannot hear, or you’re gripped with an unshakable feeling of being watched or tracked wherever you go, or maybe you’re seeing flashes of light or visual phenomenon that others are not able to see. Whatever your specific problem is, you have somehow come to believe that you have been implanted with some kind of electronics which is engaging in mind control, mind rea…

Thanks for your input, I’m not confident it is 14443A compliant you know. I have tried pairing my NTAG216 implant with it in all manner of orientations even with the PCB out of its plastic casing and just raw PCB exposed, both sides. I think I even tried flat NTAG216 stickers with it the other day to no avail, so it could be that the advertising isn’t quite true, after all it was a cheap product.

If it has been falsely advertised I should really be able to get my money back.

I will do some further testing when I get a chance. And I appreciate your tip about trying to save a few quid may not always be the best approach!