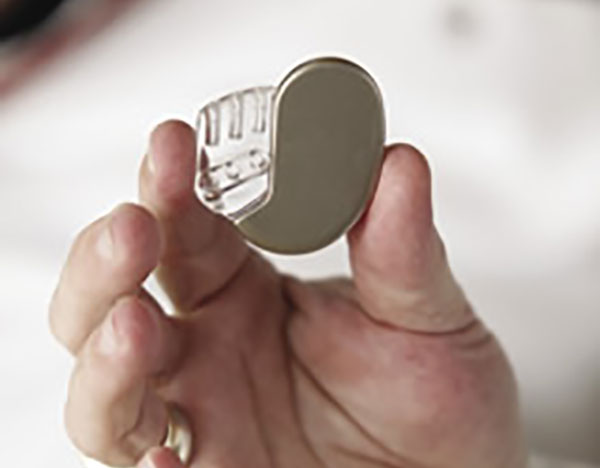 Try to lay off the lithium though

The potential hacks with this tech could be interesting aside of the battery related stuff.

A friend of mine in Belgium has a pacemaker - but not IED, for actual pacing. His heart won’t do anything without it.

He’s a bit of a hacker too. So he started taking apart the box the hospital gave him and fudging with the serial protocol (it uses a RS232). At some point, he tried replaying a byte sequence for a comand he thought was some kind of readout command, and his pacemaker reset and restarted - and he sure as hell felt it and got scared shitless. Needless to say, he leaves the magic box alone now.

Yeah, trying to do a firmware modification on a live system may have undesirable consequences.

If it ain’t broke, do modify it… Unless it’s a pacemaker (and you are prepared for the risks)

RS232 is a bit dated now, how long ago was this? It is however an interesting interface, in particular for JTAG and custom reprogramming.

Maybe an aspiring athlete, by getting a heartbeat to 15,000rpm?

The guy was my neighbor. I used to booze up with him and his good lady. We went through so many kegs together. I guarantee you he ain’t no athlete. Not in the conventional sense anyway

True say… Plenty of stuff still does use RS232 and similar as you said, but things seem to be shifting more toward USB interface on a lot of the stuff I’m ducking around with.

Welleman do a pretty good programmer/interface tool and also supports ability to flash many typed of CMOS packages too. Interestingly enough, maybe that could be a way around that battery problem as initially discussed… Might need a few pacemakers to tinker around with though. Understandable that “volunteer donors” will be difficult to come by, so I might have to get creative with this… Manufacturer enquiries could be a thing here.

Also on a side note, I’m looking into fibre optics as a data method within the body…

The box was USB. But inside, the USB cable was the ubiquitous FTDI cable with a DB9 at the other end, and the board that talked to the pacemaker was RS232. I suppose it was an older design repackaged for USB.

Of course, ultimately it talked to the pacemaker through induction.

I’m not sure how fiberoptic would help. Optical data transfer through the skin, possibly. But an actual fiber would breach the skin interface. Not to mention, it’s delicate as fuck: bend it too much and it’s dead. And it wouldn’t provide a path to recharge the battery, if that’s a feature.

Bigger box yes, stability yes… Yeah I’m guessing they were trying to preserve time to “live” for some reason or another… Not sure why to be fair

Although fibre won’t be good for the battery related stuff, it does have its uses… If it was encased in a bio-resin and made flexible, it would have huge potential uses from there on out.

Hopefully a few tests will yield some interesting results

Probably certification. Re-certifying older designs is much easier / cheaper than certifying new hardware. You can grandfather the older design and only certify the delta (USB <-> RS232 cable in this case).

You see a lot of that in the military and aerospace industries too.

Pacemakers use lithium iodine batteries. Is gas/swelling less of a risk in pacemakers because they are sealed in a metal housing, while a RFID implant cannot be made of metal for obvious reasons?

Yup, imported from another thread:

pacemakers use primary cell lithium iodide batteries that cannot be recharged, and the tiny amount of hyrdogen offgassing they do is accounted for in the construction of the device (they’re hermetically sealed and have metal casings that can withstand any pressure changes).

We have capacitors in all our implants (I think?) I know at least the LED nails did, how big a cap or rechargeable component like that could be safely implanted?

I haven’t researched how to compare caps and rechargeable battery aside from that caps voltage changes more, could we store 50uWh?

Most of those capacitors are in the dies of the chips. And I think that the xFD keychains use the capacitance of the diode itself as part of the tank circuit. At least both of the ones I have look like an LED and a coil on the inside.
I’m not sure about the xLED, and the diagnostic card does have a few smd capacitors.

The problem is that capacitors are notoriously terrible when it comes to two things… energy density (how much charge can you pack into a particular component volume), and leak current (how much charge per second is lost internally to leakage between “poles”).

Even super ultra uber special capacitors are pretty bad compared to simple lithium ion. There are new battery technologies coming for electric cars I’ve been keeping an eye on that could also show promise for implants as a safe energy storage cell… but nothing in production yet.

Here me out Li-ion capacitors!

Li-ion batteries behave similarly to capacitors, at least electrically. You’re not far off… The problem is making those things safe enough to implant.

Anyone able to do some hermetic seal tests with them in various situations like overcharge or short?

I’ve been playing with li-ion caps in work

I didn’t know that those existed. Now I need to get some… And go full electroboom on them, for science…

Yep I only found then a few months ago, basically an electrolytic cap with li-ion as the electrolyte.

I was under the impression we had something in mind to store power for the endochron.

Anyone able to do some hermetic seal tests with them in various situations like overcharge or short?

Can anyone do some testing on caps or rechargeable batteries in the 30-100uWh range? I am happy to but I would have to buy some equipment too