Just superglue it back together.

Its still in really early alpha phase… Who knows how long its gonna take for good results. 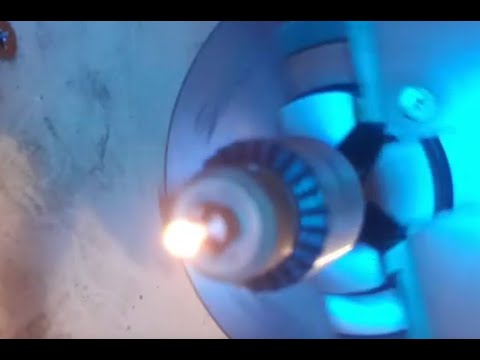 It’s kind of a suck and see

Obviously not a known idiom in the USA

even with that example… who would suck paint to determine its fitness as a room color? what possible twist of english would exchange the word “try” for “suck”… it would be like saying “why don’t we necrophilia that new ice cream flavor”

And yes I know you aren’t from AU, but it seemed funny and appropriate

but it seemed funny and appropriate

It was funny, but actually really accurate.
NZ and Australian cultures / slang are VERY similar, we have the same rivalry and ribbing as USA and Canada.

I don’t know why Americans are so bothered by a word…it is just a word.
I remember the days when “Sticks and Stones may break my bones, but words will never hurt me” was a thing, but now there are soo many fucken people that are precious little cunts and get offended by the smallest things.

To me, it is all about the intent of the word - But at the end of the day, it is still just a word!
As explained in the video, but to relate it to the forum:
I would happily call Amal a good cunt, and indeed that is a term of endearment of the highest order.

The TV series " The Boys " , The actor Karl Urban is a Kiwi, playing a Pom in an American show.
I think his use of the word CUNT really cringy, BUT only because it doesn’t sound natural, to me, he sounds like a Kiwi doing an English Accent.
I still love the show.

Im not sure if that is also not a common term

It’s a pretty dated term at this point, feels like something from a boomer

I think we just normally call it “giving someone a hard time”, I think “just playin” I think teasing is often more deliberate

I remember the days when “Sticks and Stones may break my bones, but words will never hurt me” was a thing, but now there are soo many fucken people that are precious little cunts and get offended by the smallest things.

Rosco? Is that you? How’d you hack Pilgrim?

But in seriousness, you aren’t wrong…
Something went wrong from when I was a kid to now

Something went wrong from when I was a kid to now

Haha I get cunt and the difference there… but suck… it’s so far off the intended meaning there’s just no way for me to imagine massaging it into an alternative to “try”… it sticks in my lingual system like a sideways screwdriver down a plumbshaft. How’s that one grab ya?

As an Australian (the better looking Kiwis), I can say it is a common but somewhat older expression used here too. It does sound perfectly normal to me but I get what you are saying.

As an Australian (the better looking Kiwis)

I would happily call Amal a good cunt, and indeed that is a term of endearment of the highest order.

She asked to not go through insurance and for us to get a quote and she will pay it.

This cunt refuses now to pay anything.

She lives in a small town on several boards, so I plan to stand out side a few of those places with " insert her name here is a lying cunt"

She won’t think it is endearing.

As another e3v2 user, it’s great

She won’t think it is endearing

But I think it might be a problem of online communication…
To differentiate between the various meanings a word can have, especially if it’s a word that can be used derogatory, it is necessary to note the setting in which the word is used, the facial expression and general body language, the tone of the voice etc. - all this doesn’t happen in written communication. So when Pilgrim calls someone here a cunt, we all know it’s okay because we all know Pilgrim by now. When I first read it, I was surprised and slightly irritated, because I didn’t knew before it could be meant in a friendly way as well

So this might just be the results of all that - we all know how hard it can be to see irony or sarcasm online, and far too often, people get angry about things online they might even laugh about in the offline world…
And of course, words can actually hurt (and language actually forms reality) - but unlike sticks and stones, you can stand up and fight back with the same tools.

She won’t think it is endearing.

No she shouldn’t, because