What’re your thoughts on that? Thought about getting it a few times, looks right up my alley.

What’re your thoughts on that?

I think it would be a killer game without it

From what I’ve seen so far it’s an absolutely incredible game! It looks beautiful, it sounds beautiful (seriously the SFX when you queue actions/choose items/select an area are just so fun and don’t get annoying, and the music is superb), and your colonists (Duplicants or “Dupes” for short) are cute lil’ guys with positive and negative traits that actually affect the game.

The game has about a dozen different maps which all (aside from the base map) add additional challenges to make the game harder. For reference I haven’t even tried any of the other maps because I’m still learning about the game even after 30+ hours. You can also change different parameters around to make the game harder or easier (make the Dupes hungrier so they consume more food per day, make them more or less prone to disease, make them more or less prone to stress, etc).

I will say that when I make some grand mistake that ruins my colony, I’m excited to start a new map and avoid the mistakes I made in the previous run while also improving other aspects of my base that weren’t as efficient as they could have been. In games like Factorio and Prison Architect, making a huge f*** up kinda ruins my fun with the game for a while.

They just released a much needed QoL update yesterday, which improved some aspects of the UI and the AI prioritization scheme, restructured the tech tree to improve the flow and logical progression, and made the game more realistic by having toxic gases and liquids cause more harm to your Dupes (they also nerfed Atmo Suits which were very OP prior to the update, they now require upkeep).

Anyways, I probably haven’t even played around with half of the content in the game and I am enjoying it greatly. I’d definitely recommend it to you or anyone here who enjoys Factorio, Prison Architect, RimWorld, and other colony management sims!

Thanks for the detailed answer! Definitely gonna get it next chance I get.

I pre-ordered one! I’m really excited about it!

I think I’m living in an alternate reality or something.

Today I did overtime at work to finish up some parts in the workshop, seeing as though my finger is getting opened up tomorrow for the flexNT and I don’t want to be doing machining for a couple weeks to let it settle and find its space properly.

A workmate popped by to ask why I was still here instead of going home for the week-end. I explained I was getting new implants tomorrow and I wanted to get the parts done today. “Oh yeah? Where you getting them?” he asked. Then later another one came, I explained again, and “Cool! What features will those implants have?” was the reacion (they guy is 63 and very old fashioned, but a bit of a geek), Then a third, I explained again, and he replied “Oh yeah, better let your hand rest for a while. Good idea.”

Very matter-of-fact, casual-like, just like it was the most normal thing in the world. I would have gotten exactly the same sort of conversation if I had said I was getting the new Playstation. Of course, all my colleagues know I’m into this and they see me use the implants at work all day every day, so it’s nothing new to them. Still, it feels so weird to not have to justify myself, or get judgment calls, or explain what an implant is. It was just… normal.

The goal of biohacking is to come up with efficient, practical solutions such that they become contemporary… and thus no longer a hack. It’s interesting to consider this is actually happening… however limited at the moment.

It must have something to do with Finland. The Finns’ approach to anything is: if it’s not harmful, do what you want, they don’t mind. And they’re very practical: if something seems like a good idea, they embrace it. Implants tick both. Still, as a foreigner, it’s a novel experience for me.

Indeed. I think a lot of people tend to have existential fears and assign those fears to things they don’t understand like chip implants… so their definition of “harmful” pretty much includes any black box they don’t understand… as in “it could be harmful to me now or in the future”

Yeah there’s that, and also people who think they know better than you what’s harmful to you and go out of their way to prevent you from hurting yourself - or give you an earful if they can’t.

Anyone else seen the Steam Deck by Valve?

Curse you. I have NOW… sigh

I just put a reservation in for the same, somewhat hoping maybe you can pop it open and upgrade the SSD, though I expect they’ll solder it down… we’ll see…

I just put a reservation in for the same, somewhat hoping maybe you can pop it open and upgrade the SSD, though I expect they’ll solder it down… we’ll see…

Gabe Newell actually responded to an email, saying that it is indeed socketed m.2, albeit in the 2230 form factor. It’s pretty hard to find large capacity SSDs in that size at the moment, but hopefully that’ll change by the time the Deck ships.

I think I’m living in an alternate reality or something.

Most are a apathetic, but still think it’s neat or slightly weird

Even my freaking mom was like, “…huh…”
so absurdly out of character

I really don’t want anyone to flip out, but I was expecting it, and it feels so anticlimactic

I really don’t want anyone to flip out, but I was expecting it, and it feels so anticlimactic

YOU ARE MARKED WITH THE SIGN OF THE BEAST

I hope that helps

I didn’t think either of you was in Oregon… Oh, sorry, wrong kind of pot, never mind.

Even my freaking mom was like, “…huh…”
so absurdly out of character

My mom, a minute ago: “What time you going to that implant thing of yours now?”
Me: “Noon”
Mom: “Oh good. Can you pick up the groceries on your way back?” 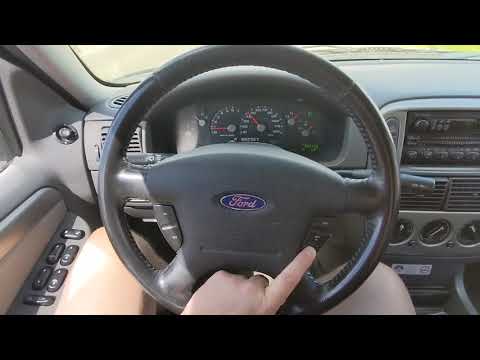