Was it bad that I didn’t notice that, even when you pointed it out (probably because I lived in the UK last millennium).

Welcome to the forum - whoever the fuck you may be

And… in my ignore list you go after only 22 minutes. That’s gotta be a record of sorts

I never watch trailers…ever.
So I have no idea what it is about, or how Neo is alive ( Resurrected…obviously…but ??? )

The subsequent movies in my opinion just got progressively worse… It sounds like at least it follows the path of that consistency.

I will still watch it, for the sake of completionism I’m sure it has something I can still appreciate…hopefully…maybe

You should: they’re supposed to be representative of the best the movie has to offer. So if they look kind of crap, you can be sure the rest of the movie is worse.

The latest Matrix is an attempt at reviving the original story, but with all the elements of all the other sequels thrown in, the machines becoming buddy-buddy, Laurence Fishburn and Hugo Weaving missing, and Keanu Reeves and Carry Ann Moss barely managing to play without a walking frame.

The problem with those sequels is, they’re trying to reuse the old actors and old plot lines that made the first one work, only now they’re old. I wouldn’t have minded an entirely new cast and a completely new plot in the same franchise. But this is just reheated and rather pathetic.

But you may enjoy it. From what I read on the internet, opinion is divided.

You should: they’re supposed to be representative of the best the movie has to offer.

For me, that’s the problem; I assume it is still the same, The trailers show you “all” the best bits of the movie.

I would rather the first time I see those bits, actually be during the movie, in context, and as a part of the story.

I should clarify, I used to watch trailers like most other people, but I no longer do and haven’t for a good number of years.

I remember seeing a trailer, and thinking " That looks good" I then watched the movie, and thought
“That movie was MEH! and All the best bits were in the trailer, and I have already seen those bits, and the 2nd time wasn’t as good /funny etc…”

Apparently I’ve been around someone who’s positive for covid… but I’m not allowed to know how or who or when … because hippa?

Don’t get me wrong, I fully agree with and approve of hippa, 99% of the time

Literally my last best movie experience was when I was channel-surfing in a hotel years ago, and then got intrigued by a movie within seconds of watching, kept on watching, and - I shit you not - I thought “if this wasn’t a weird western, I’d swear this is a Tarantino movie” and find out at the credits that it was a Tarantino movie (it was Django Unchained). Thoroughly enjoyable feeling.

100% with you on that, watching a movie with little on No expectations can make a movie far more enjoyable.

I try and live my life with as little bias as possible, a no-bias bias.

It can be difficult at times with things like movies especially blockbuster and sequels , where the posters and adverts, snippets of trailers ( before you can avert your eyes ) are everywhere, but when you stumble on a little gem you know nothing about, like you did, makes for a much more enjoyable experience.

I also had a nice Tarintino surprise, I watched “From Dusk till Dawn”, knowing nothing about it except Tarantino wrote it and Robert Rodriguez directed it.

happily watching it, all normal-ish, then all of a sudden Fucken Vampires everywhere…I wasn’t expecting that, but I enjoyed it.

Side note, Pulp Fiction, one of my all-time favourite movies

Who told you that you were exposed?

People (in general) need to read about this stuff. I can ask people all day about medical status or require the person to show proof of vaccination before entering some place. None of that breaks hipaa

Who told you that you were exposed?

Is your employer a provider?

I doubt it is hipaa if it is your employer.

I do not doubt they have other regulations about it, it just likely isn’t HIPAA

If I am wrong please correct me. (About HIPAA)

As I understand it HIPPA only applies to medical professionals. But, an employer is not going to tell you, to avoid being blamed. Hippa is just an exscuse. 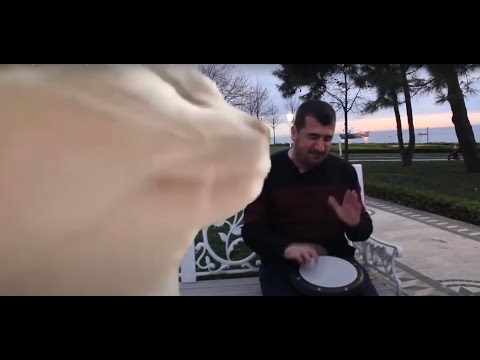 Hippa is just an exscuse.

I should have mentioned that yea I’m sure it’s not ACTUALLY hippa, but it’s what they always claim and hide behind

It’s either private information, or you’re supposed to tell anyone you’ve been around they might have been exposed and to test and isolate

But somehow the idea of an employer telling one particular employee in a room full of others, that they have been exposed… but nobody else… without giving any reason of explanation is somehow better

Like I said, normally I respect hippa, it’s nobodies business if I have say HIV, (as long as I’m not willfully or negligently exposing others somehow)

But given that it’s a pandemic and most of the other rules are thrown out the window, and somehow it’s one person’s responsibility wether or not they expose someone else… it’s pretty fucking silly that you can’t just tell me how I got exposed, or who has tested positive…

For all you know I was in close contact with someone, but now it’s going to continue to spread because suddenly private information is a hill worth dying on… but not bodily autonomy?

i have no useful information to add, i just wanted to say its HIPAA not HIPPA

Just not with Coconut

You were/are so right. Drinking one right now, absolutely delicious.

Glad you enjoyed it

My final alcohol tip.
If you want to get piss drunk on the cheap.
Burnett’s flavored vodka. $7 for a 750ml and it doesn’t taste great, but for $7 it’s a drink haha

Nice, looks like my local grocery has some in stock, I’ll have to pick up a bottle. Hadn’t heard of that brand.

Would you recommend the Raspberry or the Cherry? Looks like those are the two flavors they have.

I really like Blue Raspberry flavored Svedka, but it’s $10 for 750ml. It’s a good one to mix with juice or something like Pepsi (my go-to).

The blue raspberry taste quite a bit like BR Svedka, maybe a bit more sour.
I’ve only came across them recently on accident but the mango isn’t bad for $7 and the blue raspberry is I’d even possibly say decent for $7. Haven’t mixed with anything yet personally but juice does sound enticing