Plus I already have a nice enclosure 3D printed for the current arduino and relay with a buzzer and leds and stuff.

I think ESP8266s and ESP32s might be able to handle this.

How about wiring two power sources in parallel? Switch on the second before turning off the first.

Get a pair of diodes and a capacitor. It’s not that hard…

What do you think are the chances higher strength nfc stuff will be put back on the table?

I doubt ntags or the XSIID have whatever is needed on them… but could a spark 2 function for this? I know it’s got some crypto magic in it

Looks like they need to be “fido certified”
So that’s probably a deal breaker for everything besides the apex right?

Just burned yet another bridge, to one of the most significant communities in my life on the last decade

I can relate to that… It’s becoming the price of actually having opinions instead of towing the party line.

the last community I feel any connection with…

I’ve run into this situation a couple of times lately. I need some info / help on a specific subject for which there are well established forums. I join one of the said forums, and find every interaction to be unbelievably rude and deliberately unhelpful.

I really feel that either the people on the internet have always sucked (and I never noticed), or I’ve been spoiled by how nice people are here. Probably both. Either way, the forums on the rest of the net are pretty much ruined for me now.

Idk, just seems to be a trend that no meaningfully connection lasts

In the past 2 years I’ve lost trusted friends, made few if any new

Cut myself off of my biological family

On a brighter and less awkwardly depressing topic

I’m motivated to get an X-ray of my cyborg hand,
But I don’t want my wallet to get assaulted

Anybody have any tricks or tips to socially engineer something? Or have any success getting vet or something to do something off books?

Or maybe tell my doctor I have implants and would like to “check on them” ?

Given the level of techist / nerd that frequents our little forum. I’m suprised no one has built their own x-ray machine yet.

I’m suprised no one has built their own x-ray machine yet.

It is for sure a future project that I’m planning on. Just haven’t gotten there yet.

I’m willing to get unauthorized X-rays in extreme moderation

Also I’m sure something something nuclear regulatory

afaik you don’t need to have a license to build your own x-ray machine. Pretty sure one is needed if you intend to use it on people.

At least here I feel like we already had quite enough churns and whomever remains knows how to appreciate that people think differently and can keep a healthy relationship with whom they disagree.

And if that doesn’t help much, then just a reminder:

Your opinion does matter here!
And you do have my respect, even when we think in opposite directions. 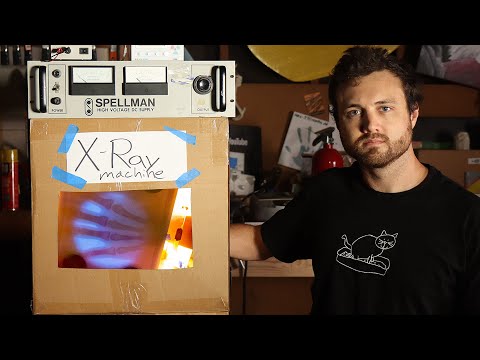 It looks like the two single-chip implants have black epoxy, while the NExT has clear epoxy, just curious if anyone knew why