Now the shows and anual events are online, why not a Cyborg Meet-up online?

My question at this point really has to do with making specialty 3D content for Patreon or whatever. Just wondering who might all be interested in that.

Who here has VR capabilities? I got an Oculus Quest 2 for Christmas, and that lead me to pick up an EOL but cheap Lenovo Mirage 180° stereoscopic 3D camera to take 3D photos and videos. My question at this point really has to do with making specialty 3D content for Patreon or whatever. Just wondering who might all be interested in that. … and now for my Hello World goofy-ass selfy… [20210122-162130685.vr]

Thankfully I have my Quest.

In an ebay auction for a Quest 2 rn. Ends in like 10 mins, fingers crossed

Ayy nice. I’ve considered upgrading, but still torn. I’ve heard mixed things regarding the tracking quality, supposedly they reduced the LED count on the Quest 2 controllers. The OLED screen on the Quest 1 is nice, too. The graphics are supposed to be much better though on the Quest 2 though, and the tradeoff for no OLED is the higher refresh rate.

If you end up getting it, definitely let me know your thoughts. Would like to know if I should sell off my Quest 1 haha.

If you end up getting it, definitely let me know your thoughts.

100% will.
From the videos I’ve seen. most people say it’s not worth it if you already have the quest one but I sold my Rift a little over a year ago and I’ve missed it for sure. Not to mention the idea of it simply being an option to hook it to my PC not a requirement. (also the rift cameras are a pain if you don’t have extension cables)
I feel like I’ve missed out not being able to play Alyx and Boneworks

I have a friend with a 1st gen Rift, and the camera set up is an absolute horror show. I’m still amazed with the inside-out tracking of the Quest, and the ease of setup. I constantly take mine between my dorm and my house back home, and it takes me less than a minute to set up whenever I move.

I’m happy with my first gen, I’m just a bit sad that I bought it in August, right before the Quest 2 was announced (was just rumors when I ordered mine). The higher refresh rate would have been really nice to have for Oculus Link.

I’ve actually got a new link cable coming that I ordered on Amazon, to help me get back into Alyx. I played it a bit, but not having a long enough USB 3.1 link cable worsened the experience a bit. Alyx is definitely worth a purchase. Boneworks is great as well, would still recommend, but the polish isn’t even close IMO. Alyx is the first story-based VR game that feels complete and worth the money.

I just upgraded and I think it’s worth it

I did notice the oled lcd immediately during logo power up

I was pretty torn for a while,

Ultimately the desire for better small text and better head straps that don’t look Jank, in addition to being a bit out of space (64 to 256gig)

So far it’s not going back

I sadly paid for the 128GB Quest 1, so getting the 256GB Quest 2 for less than my Quest 1 really hurts tbh… Can’t believe I paid $500 for that thing. I did a video conversion gig for a friend of mine (converted like 30 Hi8 tapes to digital), and I spent the entire check on it.

I’ve heard most people say that the head strap design on the Quest 2 is worse, I’m surprised you like it more. Would you mind elaborating a little more on the comfort aspect?

I might do the same. If I feel like it’s not worth the upgrade, send it back. I’ve also considering saving up for a while, and keeping my Quest 1 as well, to allow friends to play with me. Plus it still works great for Oculus Link gameplay, even if the onboard processing power is considerably worse than the Quest 2.

Aww, that sucks. Surprised it went above retail, considering that they’re still in-stock everywhere, from what I’ve seen.

Surprised it went above retail, considering that they’re still in-stock everywhere, from what I’ve seen.

I was as well, I’d hate to assume the other bidder didn’t realize the shipping was $20 but I don’t think they noticed because they bid 290

Just found one on Mercari for $280, gonna try to talk him down to $260 but if not oh well, still under retail and no taxes

Maybe they just got caught up in the bidding frenzy, didn’t want you to have it

Maybe they just got caught up in the bidding frenzy, didn’t want you to have it

I’ve heard most people say that the head strap design on the Quest 2 is worse, I’m surprised you like it more. Would you mind elaborating a little more on the comfort aspect?

The strap that comes with the device is definitely “travel” optimized

And a oculus vive china knock off love child

Have you gotten either? I was looking at the elite strap, definitely looks nice. A chinese Halo-type strap also seems like a good option.

Yea I snagged one of these 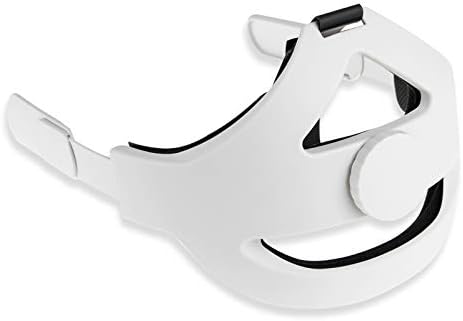 And so far it’s solid

Bought mine at GameStop, had to drive across town but they had them in stock.

So far I like it, played out a game or two. The graphics are indeed better, text is much clearer. The strap definitely needs to go though, along with the default facial interface. Guess I’ll pick up an upgrade for both on Amazon, get them here in 2 days.

Thanks for the info and the recommendations.

Yea I switched to a silicone facial interface also
Better nose light blocking, and easier to wipe sweat off when tagging in and out with other people

For extended play I use a USB c battery pack,
Very important that you get one with enough output power, it will not only power but charge the quest as I play, think it’s good for like 8 hours?

I’ll throw a link up at some point

Problem is, most of the battery holders are then secured using Velcro ties, which I find leaves far too much wiggle when a 1 pound weight is being attached to a dynamically moving head

I want to make something that snaps rigidly to the headset, but that may be outside my modeling skills at the moment

Yea I switched to a silicone facial interface also
Better nose light blocking, and easier to wipe sweat off when tagging in and out with other people

I’ve already got a good type-C powerbank, was planning on doing the battery-headstrap mod for my Quest 1. Hoping I can either find a good model to use to hold it to the strap, or just design and print my own like you mentioned.

I purchased the headstrap you linked (seemed the best overall), then I bought the VR Cover interface, which is a soft PU leather interface with a nose guard to stop the light. I thought about going for silicone, but knowing my face, I’m hoping this’ll be less irritating. Silicone tends to give me some issues.