So, if I understand correctly the implant is only a field tester without any other function?

You understand correctly,
implantable
field detector
2 frequencies to choose from:-
125kHz
or
13.56MHz 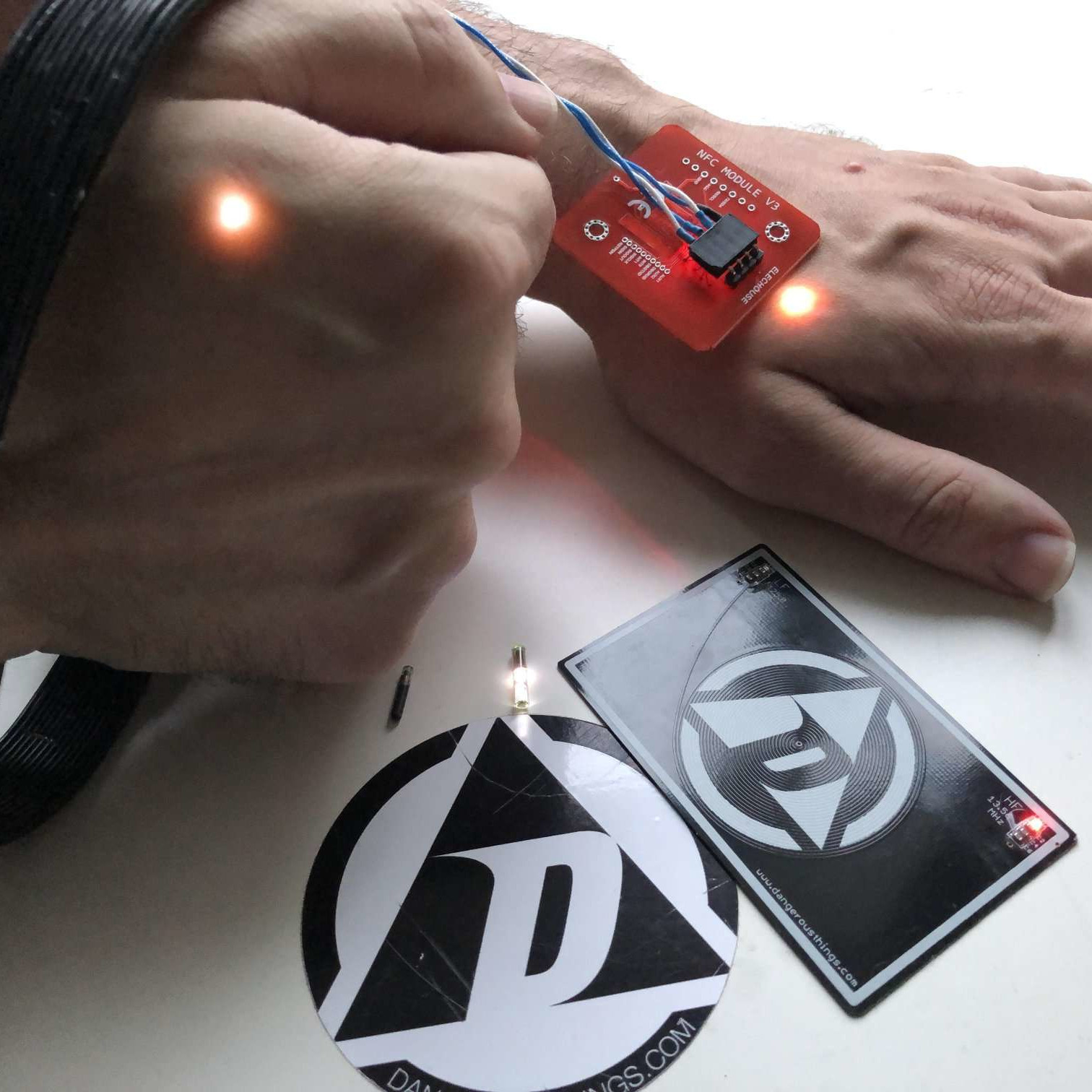 you could get the 13.56 version and use your phone to light it up. however you sound like you will probably be more interested in this thread…

Any update on when we will get a glowing or led microchip?

yes, I would like a glowing chip in which we can deposit information, connect …

would there be interference if both implants were installed near each other? Are they different colours? Or could they be implanted next to another (full NFC) implant chip of the same frequency?

would there be interference if both implants were installed near each other?

Are they different colours?

Not at this time.

Or could they be implanted next to another (full NFC) implant chip of the same frequency?

This is fine because the xLED has no chip, it just steals power from the field… it doesn’t attempt to communicate.

well the idea seams quite cool to me! il order one in next order to put next to my chip, so it will light up when i unlock stuff! (i think thats the general idea!!)

Going by the video on the product page, does the xLED blink with all phone readers? The solid light with the non-phone reader is more interesting.

Also interested in other colours, would be neat to have a row going down the forearm that creates a rainbow when sliding the phone up and down.

All phones I’ve tried causes it to blink, that’s mostly due to phones sending pulses of radio waves, as opposed to something like a credit card scanner which has a constant field. I’d definitely be interested in seeing other colors as well, but some colors are hard to see through skin, so I’d definitely be curious to see what colors would work well and which wouldn’t

I tried to confirm the validity of this, but could not. At least it’s something. There doesn’t seem to be much good data out there about the absorption or transmission of visible light through the skin, unfortunately. 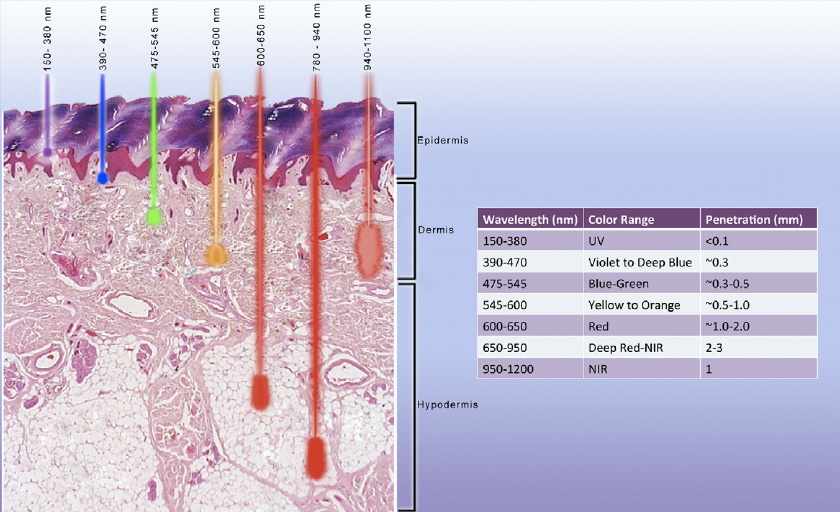 All phones I’ve tried causes it to blink, that’s mostly due to phones sending pulses of radio waves

This is a commonly used tactic for battery powered applications to conserve energy. Because there is no chip in the xLED, the phone will keep checking for tags periodically. If you actually put a tag near the xLED, like held one on your skin near it, then the phone would detect the chip and keep the field on to talk to it, and the xLED should remain solid.

I guess I’ll find out soon, I ordered the Ultimate Upgrade Kit yesterday! Planning on putting the NExT and xLED in the web between thumb and index finger.

Getting a nurse friend to install them. Any problems getting the two chips done at the same time? I’m guessing tenting the skin for the second one will be harder trying not to grab where the first one went.

Yeah it’ll just be messy, trying to tent skin with a hole in it haha, but there shouldn’t be any real problems doing them at the same time.

I would probably wait a week or two in between.

The implants move around quite a bit when they’re first installed and doing two next to each other you want fairly accurate placement to keep things as safe as possible. But that’s just my two cents.

Thanks for the advice! I’ll definitely wait a couple weeks between the two.

Will more xLED colors be released in the future?

That would be wonderful.

Why do I feel like this is a subtle tease? Lol