I could even think of a Stickman* form factor, depending on the final dimensions ofc!

Funny you should say that, About 4 months ago I asked Amal ( He was very busy at the time ) I called it a keyhole though

I knew he was busy, so I ordered some bits to test, I will let you know how they go when I’m done. ( They just arrived a few days ago )

Firstly sorry for the DM, I imagine you get quite a few everyday

First there was the
FLEX Wedge

Then there was the
FLEX Disc 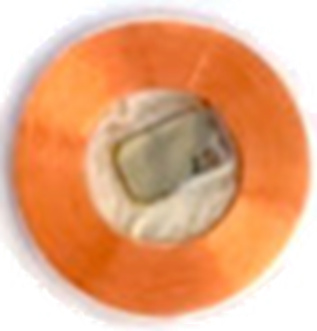 Have you considered/tested the
FLEX KeyHole

And of course the blinky version ( The chips and antennas are to scale, but unsure about the size of the NFC Nails )
The NFC Nails would make the thickness the same due to the overlap

From the obverse side, it may diffuse the LED to a glow rather than a spot

good ponderings hah I’ve not thought about a flex over a T5577 disc… sorta crazy hah but still, seems workable… i would probably not be able to put it over the disc though… maybe right next to it and make it all part of the same encapsulation.

the leds would have to be off to one side to work with a flex coil antenna… directly overtop basically nothing works at that point.

Quite an interesting read!

i would probably not be able to put it over the disc though… maybe right next to it and make it all part of the same encapsulation.

That is exactly what I was thinking about!
Just not sure what would be the final dimensions, and if that would be available for this batch of the MN.

Although that would solve my dilema:
get a wedge magic NTAG + an xEM… or wait for a better form-factor!

I wouldn’t mind no blinkies in this chip, given that there are no LF nails, and don’t actually mind the range of the xSeries. This being a single implant has more to do with practicality than anything else.

Apart from the blinkies on the “tail” end, I’m not sure what this would be in aid of: you’d still need the same pocket as one for a flexEM, plus another, long pocket for the tail.

EDIT: oh sorry, I just got it: you want a flexEM and a slimmer HF tag combined, rather than a big-ass dual transponder disc.

One pocket, One install, only just slightly longer than a standard wedge, LF and HF ( Effectiviley a longer range “wedge shaped” NExT, but not a large disc. Plus it will be anti rotation due to the shape of the implant AND the cavity

Effectiviley a longer range “wedge shaped” NExT, but not a large disc.

My preferred implant location for this chip is my left wrist, where I have an optimal placement area of roughly:
25mm width by 70mm long.

hence why a longer but slimmer form-factor sounds great.

By combining both in a single encapsulation I can keep my hacky access control chips to a single area of my body I need to present to the readers.

Well, see I’m not convinced, because the HF side is what benefits the most from enlarging the antenna.

Small LF glassies perform quite well compared to their HF counterparts. And quite frankly, for its size, the flexM1 is kind of meh. I find it a bit better, but it’s just not terribly impressive compared to a glass M1k.

So in a sense, your idea would be combining a longer range LF transponder where it’s not particularly needed, with a slight mprovement over an HF transponder that desperately needs it.

The reverse would make more sense. A large pocket for a LF tag isn’t worth it in my opinion. If you must open yourself wide enough for that implant, then just go a bit larger and get a proper long-range HF tag to go with it.

because the HF side is what benefits the most from enlarging the antenna.

I’m a fan of the flex because of a lot more reasons than just the “enlarged antenna”.

Knowing that if I get my arm crushed or slammed won’t leave me with broken glass on top of all the complications… priceless.

Not having the bumpy glass shape, nor have to worry about it migrating… quite neat bonuses.

Also… the transponder antennas might not need to overlap.

then just go a bit larger and get a proper long-range HF tag to go with it.

that “bit larger” would force the implant into a potato chip shape. which is exactly what I wish to avoid.

I am far too active to be confident I won’t end up hitting the edge of the implant from bellow: so making sure all the edges are safely flat and atop a bone is a personal requirement.

So I have just thrown together the bits, and done some testing.

I was going to wait, because I ordered the Magic 1k from AliExpress and they sent me an SLX ( ISO15693 ) so I can’t test on my KBR1 or ACR122U for range, But I can use my phone and Proxmark.

Give me a bit and I will put together my findings

I didn’t gain nowhere near as much range with my flexM1. It’s just a bit easier to find the sweet spot with it, but the range is quite comparable to my IAR glassie. And - it’s main redeeming feature for me - it turns out to work somewhat not-too-inconveniently with my NFC door handle at work, and that’s a good thing now that my flexNExT is kaput.

Knowing that if I get my arm crushed or slammed won’t leave me with broken glass on top of all the complications… priceless.

There’s no way you’ll ever break a properly-placed glass implant without massively shattering your hand also. Or put another way, if you submit your glass implant to enough force to break it, you’ll have worse problems to deal with.

Not having the bumpy glass shape, nor have to worry about it migrating… quite neat bonuses.

That’s a crapshoot: it depends on the person. My own DT implants, which are uncoated, migrated out of the way and are now hidden around the thenar muscle in my left hand, and totally invisible. The one in my foot has sunk between the metatarsals and is equally invisible. The only one that’s prominent is the IAR in my right hand because it’s coated, and it’s anchored itself on top of the thenar eminence.

YMMV. Buf if that’s important to you, I’m pretty sure you can coerse them into going into hiding somewhere after implanting them.

that “bit larger” would force the implant into a potato chip shape. which is exactly what I wish to avoid.

I can predict the flexMN will not go Pringly in my arm. The flexNExT, which is quite a bit larger, has. But not a lot, and only at the very edge. The flexMN is a lot smaller and won’t do that.

But if you implanted it in your hand, I’m not sure what would happen. It might end up being very visible. But consider this with the flexEM: it’s about as flexible as a quarter. Seriously, it’s frighteningly stiff - which is why I still haven’t implanted mine. I’m not sure it would be such a bonus to implant that and a flexM1 “tail”, as opposed to the same thing and a slightly larger, more flexible disk around it.

You grossly underestimate my ability to break myself!

Part of Kendo training includes being hit repeatedly by a wooden sword on the hand.

Sometimes I also have fun juggling claw hammers (not kidding).

But again, I am talking about the reasons for myself. The measures I used, are taken from my own body.

If I were about 15Kg larger than I am now I would also be confident that the FlexMN would not be risky for myself. But I am not.

Everyone’s bodies react differently, and each individual’s habits make so that what’s optimal placement for one person might be the worst idea for someone else.

You grossly underestimate my ability to break myself!

So, let’s see if I understand: are you saying you know you will hurt your hand at some point in the future, and you’d rather not compound the injury with bits of broken glass?

In which case, yeah, I see where you’re coming from.

In which case, yeah, I see where you’re coming from.

I know this is not an issue for most people. But it is a concern for me.

Aren’t you concerned it’ll fuck up a Flex device? They might not shatter, but I’m fairly certain you can break a connection in them with a lot less force than it would take to break a glassie.

Aren’t you concerned it’ll fuck up a Flex device?

Yes, I am.
Although…

Well, like I said, a properly placed glassie should be fairly impervious to damage.

Properly placed for me means:

The former ensures that the force is absorbed by the meat and not by the implant (i.e. the implant only transmits the force to the meat) and/or gets out of the way if pushed hard enough. The latter ensures your bone(s) would have to break before the glassie does.

An improperly placed glassie would be one that rests on a bone, can’t get out of the way, and can get hit directly. That’s the only instance where I can see a glassie breaking.

I think your likelihood of damaging a Flex with a bad hit is a lot higher than breaking a glassie, quite frankly.

So here are the Adhoc results from my FlexKeyhole.
~45mm x 18mm

The testing differences were negligible if any at all, The only exception was the NFC nail range decreased when lying perpendicular to the SLIX antenna.

Hopefully Amal finds this interesting enough to do some proper testing when he has some LAB time.

So in regards to the above discussion between rosco and pilgrim

Rosco is saying the HF is what really benefits from a bigger coil, I can agree with his statement of LF glass doing a solid job

The FlexEM is obviously a premade coin tag, with some Amal goo,

They surely make HF coins of similar size and shape, would that be superior or inferior to the HF flex we are used to?

They surely make HF coins of similar size and shape

Imagine one of those with a flexEM in the middle: looks familiar?

Rosco is saying the HF is what really benefits from a bigger coil, I can agree with his statement of LF glass doing a solid job

Absolutely xSeries LF perform very well. BUT not as well as a FlexEM.

The HF FlexDiscs are LARGE and with that, you get great range / performance.

However
I think what @Eyeux and I are saying, is, Not everybody wants the Larger DiscFlex like the FlexNExT or FlexMT etc.
I still have a FlexMT brand new in the pouch because when I see it on my hand, it takes up a lot of real estate, and on my wrist, it is slightly too large.

I believe I could get 2 Flex Wedges in the space of 1 Flex Disc including separation.

Don’t get me wrong, The FlexMT performs amazingly, and is exactly what I wan’t ( actually I would go gen2 over the 1a ) but it is just too big for me.
The “Keyhole” however would easily fit 2 on the back of my hand for example, and I would then have decent read range on 2 implants with 2 LF and 2 HF options.

Imagine this as your HACKER HAND ©

You could have:
NExT
FlexMN Wedge plus FlexEM
FlexM1 plus FlexEM
giving you the following options with only 3 implants in one hand