Laws and Rights regarding Implants

Has anyone here dealt with legal entities wanting to access your implants?

I will be returning to the US as I have a civil case against a few entities in Federal 4th circuit Court. One of the things my attorney brought up, as I use my Spark UID to access my phone and laptop was the governments ability to access it’s data and if it violates my rights to self incrimination.

I’m not looking for legal advise as I’m not being “forced” to have my chip accessed but the attorney said in 40 years of practice this will be the first time a client or defendant has used his/her “body” to unlock a device or store my public pgp key.

Are court case is very technical based as we’re dealing with “Signal” apps and PGP emails that were stored on zero-knowledge offshore servers. So it should be kinda fun during depositions in May to show my implants off, lol.

But has anybody got any info on correlation with implants, I know California supreme Court outlawed police holding phones up to Irises to unlock phones.

This is very interesting… the first time this has ever come up (that I know of)… My hunch is that if the police is most states can force you to give blood for a blood alcohol test, then accessing your chip (or even surgically removing it) is probably not too much of a stretch… it all comes down to arguing that the chip is part of you now… part of who you are… then it may fall under the same concept as an eye scan to unlock a phone… however… if you use a PIN code for your pgp key access functions in your chip, there may also be a password element in play here as well… if argued a certain way, you might touch on all 3 aspects of security; something you have, something you are, and something you know… all in a single chip implant scenario.

That is the plan @amal especially as I’m not being criminally prosecuted and I’m the one that initiated the law suit. But we will be arguing that the governments request to hand over certain application data that is secured by my chips UID is against my rights as a cyborg.

The lawyer is moving to make case law in 4th circuit, so hopefully the ruling by the judge will include accessing data. I am a “Cyborg” my implants are part of my Biology, I can feel it, I can harness it to perform actions that “normal” humans cannot. My chip is unique to my body and my body alone. Can my data be copied, yes. Can my fingerprints be copied yes.

It will be a compelling debate I will keep you updated as we progress further into evidence exchange and depositions. 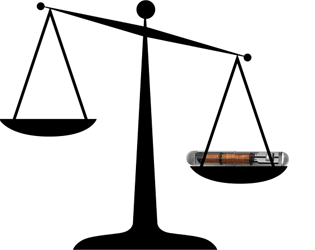 Wow this really is an interesting topic.
I hope the Judge/Judges protect your rights and make a good precedent out of it.
As far as I’m concerned those chips are like keys on a key ring,
A pin code or some form of
biometric key, which should require a warrant to obtain and manipulate.

We will be citing case law based on a judges decision in Northern California this summer that stated forcing fingerprints or iris scans to unlock a digital device was unconstitutional and the charges were dropped due to 4th and 5th amendments. They specifically say “body parts” and “biometrics”, good little read if anyone is interested or has any thoughts or opinions.

But we will be arguing that the governments request to hand over certain application data that is secured by my chips UID is against my rights as a cyborg.

I think this might be a mistake actually. In my opinion, you would be much better suited to try to make the chip implant as mundane and normal as possible… asking the judge to stretch his mind to back the idea of “cyborg rights” beyond the already obtuse idea you have a chip implant… that would be a bridge too far, if you know what I mean.

I think if you simply state that any technology we use in our bodies to supplement our own human capabilities could conceivably be considered to be “part of us”. If you think about tooth fillings, joint replacements, pace makers, etc… nobody would argue that those devices are not part and parcel to the human being they are inside of… they are included in the “scope” of who that person is… attack that device and you are committing assault against that person. They are one in the same, are they not?

Also, I chose the word supplement over augment because it is a broad enough term to include both restorative and augmentative technologies. For example, eyeglasses can supplement your inherent eyesight, just as you could do cryptography long form on paper… but you choose to supplement that inherent human capability with technology to allow you to do it much faster. This approach moves the focus away from the technology and toward you as a human being… I think that is a much stronger and interesting argument which a judge is much less likely to toss outright.

My hunch is that if the police is most states can force you to give blood for a blood alcohol test, then accessing your chip (or even surgically removing it) is probably not too much of a stretch…

Accessing the chip, possibly. But I can’t see surgically removing it ever being constitutional: it would be “diminishing” a person’s “augmented” body - i.e. resulting in the person being functionally less capable after the removal than before - i.e. akin to removing a minor limb from a strictly vanilla body. No way that would fly in court.

Love the feedback guys @amal, totally understand treating it as you have stated in:

I think this might be a mistake actually. In my opinion, you would be much better suited to try to make the chip implant as mundane and normal as possible… asking the judge to stretch his mind to back the idea of “cyborg rights” beyond the already obtuse idea you have a chip implant… that would be a bridge too far, if you know what I mean.

@anon3825968 requiring removal would violate all sorts of ethics and have a strong case against. But “passive” reading is debatable. Which is why SECURITY is a must when it comes to certain applications.

Accessing the chip, possibly. But I can’t see surgically removing it ever being constitutional: it would be “diminishing” a person’s “augmented” body - i.e. resulting in the person being functionally less capable after the removal than before - i.e. akin to removing a minor limb from a strictly vanilla body. No way that would fly in court.

Check case law… I did a while back… there have been cases where bullets have been removed from people because it was considered evidence… and some cases where bullets were not removed because it “posed a considerable risk to the defendant wherein the value to the case was insufficient for such a risk”… remember, your assumption is that the courts will see the chip as I’ve suggested - a valid part of his body… however the court could easily find it to be like a bullet or sliver which has significant relevance to the case, and removal of a subdermal implant is orders of magnitude simpler vs a bullet removal.

Well IANAL and you’re probably a lot more knowledgeable than I am on the subject. But my line of thinking was along the functional aspect of things: removing a bullet doesn’t make the host of the bullet less functional. Remove someone’s implant however and they may not be able to open their front door or start their car. You could even play the disability card and argue that the person has wrist problems and finds it easier to present their implant against a reader than turn a key in a lock, or even fish a fob out of their pocket. Or they may be older and forgetful, and an implant is something they never lose. Hell, I’m considering proposing it to my 75-year-old mom who constantly loses her house keys…

So yeah, I suppose a judge may decide that ordering the removal of an implant is worth doing despite the loss of functionality. But the fact remains that doing so does impose a functional penality to the implantee, and possibly lowers significantly their quality of life depending on the circumstances. And it seems to me that that may be argued against fairly convincingly by a competent lawyer.

In any case, interesting thread for sure.

@amal I’m familiar with the cases you are citing. In one the bullet wasn’t removed do to it being up against the spine I believe, surgery was considered to dangerous to extract.

@anon3825968 I like the argument of loss of functionality, it would have to be written well but it’s very compelling.

true, but it would be irrelevant if the subject was in custody… you’re not going to unlock your phone or access your front door if you’re being held… so it would depend on the circumstances of course.

Yeah, but you would also run into the issue of what about if the person was innocent? Then they have removed the ability of the person to do something that they could before.

I think the argument that it is a part of you is probably the best argument, like forcing someone to unlock a phone with fingerprint or iris.

Your best safety option with dumb, non-crypto chips is obscurity: don’t tell your bed buddy you have chips, and if they know, don’t tell them what the chips are and where they are exactly. Also make sure they’re not knowledgeable about RFID and own a suitable reader: there’s just enough of a learning curve, and in the case of LF chips, a fair level of geekiness and investment in the suitable hardware, to read a chip off of someone’s hand and clone it.

Your other option is to sleep lightly

Any updates on this or did corona bring it to a halt?
Very interesting topic and I can see it going a bunch of different ways

We have had some judgment stating that Defendants can not force me to hand over keys inside me even keys that are for the login to the security cameras in which the actions and audio were recorded on, which defendants own. I was given admin duties for the said company and there was no policy against potentially not handing over keys. 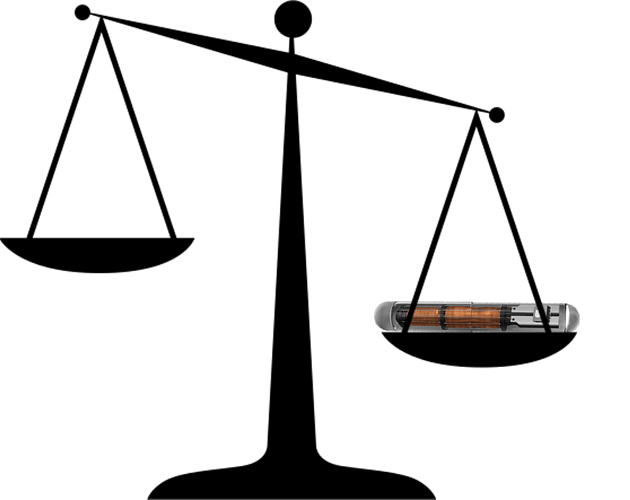 Does this possibly set precedent?

There is a case involving preexisting penile pearling and forced removal (via retribution) while in prison. I’ll have to find it again. The argument is that he came into prison with it already done, and while they forced him to remove it, using in prison disciplinary action, they were out of jurisdiction thanks to bodily autonomy laws

He had marbles implanted in an unusual body part. Now he’s suing the prison...

A body modification practice popular among Filipino seafarers and known as "bolitas" is at issue in a West Virginia prisoner's suit against the officials of a correctional facility where he is incarcerated.