I got my xG3 in the second beta wave this past August and installed in on August 17th. The install went pretty smoothly and I did have an experienced piercer do it, but he had never done an implant like this before.

Video of install is here (sorry for portrait mode)

Pain was about what I expected: worse than my xEM but really not too terrible. It felt like it took forever, although it was under 3 minutes. My hand ached for a couple hours afterwards (especially if I put my arm down below my shoulder) but then felt completely fine with zero pain the next day.

My xEM left me with a huge bruise on my hand, but I had almost none from the xG3. You can see the progression in these photos but it’s pretty boring.

So far I’m quite happy with my magnet. I can hold little screws when I’m working and overall it’s just cool to show off. I have also tried grabbing stronger magnets to to pull on it so it looks like something is trying to burst from my skin, but at this point it hurts a little to do it very often, I’m guessing that might be better when the implant is completely encapsulated?

Yeah, it’s been a little over two weeks. I wouldn’t recommend doing stressful things to the area like attracting other magnets for another week or two. The encapsulation takes awhile. Even after months, it will be more firmly rooted in your flesh, but it will still hurt to attract other magnets.

I like to use this calculator to determine the pull force of magnets. It states that a magnet with xG3 dimensions and N52 strength can produce ~0.9lbs of pull force between it and another magnet. That’s pretty substantive.

Video of install is here (sorry for portrait mode)

omg… the needle was in there for over a minute. No wonder the whole thing filled with blood and was a bloody mess coming out. I’m surprised there was no drape used either. I’m sure the shop owner wasn’t happy with blood on the floor. Glad it’s over now and you’re happy with it.

You can see the progression in these photos but it’s pretty boring.

I noticed the magnet has rotated. This is not due to the installation, but how the muscles in your hand pushed on it while flexing. It will likely now stay in that rotated position, but if it does migrate over bone, your risk of it breaking due to blunt force trauma does go up a little bit.

omg… the needle was in there for over a minute.

Yeah I kinda cringed at that part, could’ve been done better imo

I mean… kudos for being slow and careful with a new unfamiliar procedure, but that’s why you have a proper table and drape…

Yeah, I think he wasn’t entirely sure what to expect with the installation, but I’m happy with it and really glad I found someone to do it since the guy who did my xEM isn’t around until January.

Is there anything I could’ve done differently to prevent the rotation?

Is there anything I could’ve done differently to prevent the rotation?

I don’t think so. Some people’s hands just have muscles that force the implants to rotate like that.

I watched it also and saw: over a minute - that is long. When I can remember my installs, they were all very fast. The xEM was also longer, but I didn’T have a problem with that - no blood, no swelling.

What would happen if someone put a monster magnet next to an implantable one, I always wondered.

This is a strong magnet moving around in the palm of my hand affecting the x3G on the top.

I would not dare put that magnet on the top of my hand. I suspect a lot of pain would be involved.

Do you know the strength of the magnet you have there?

im from brazil, just got mine in my midle thumb. 3 days of healing so far. 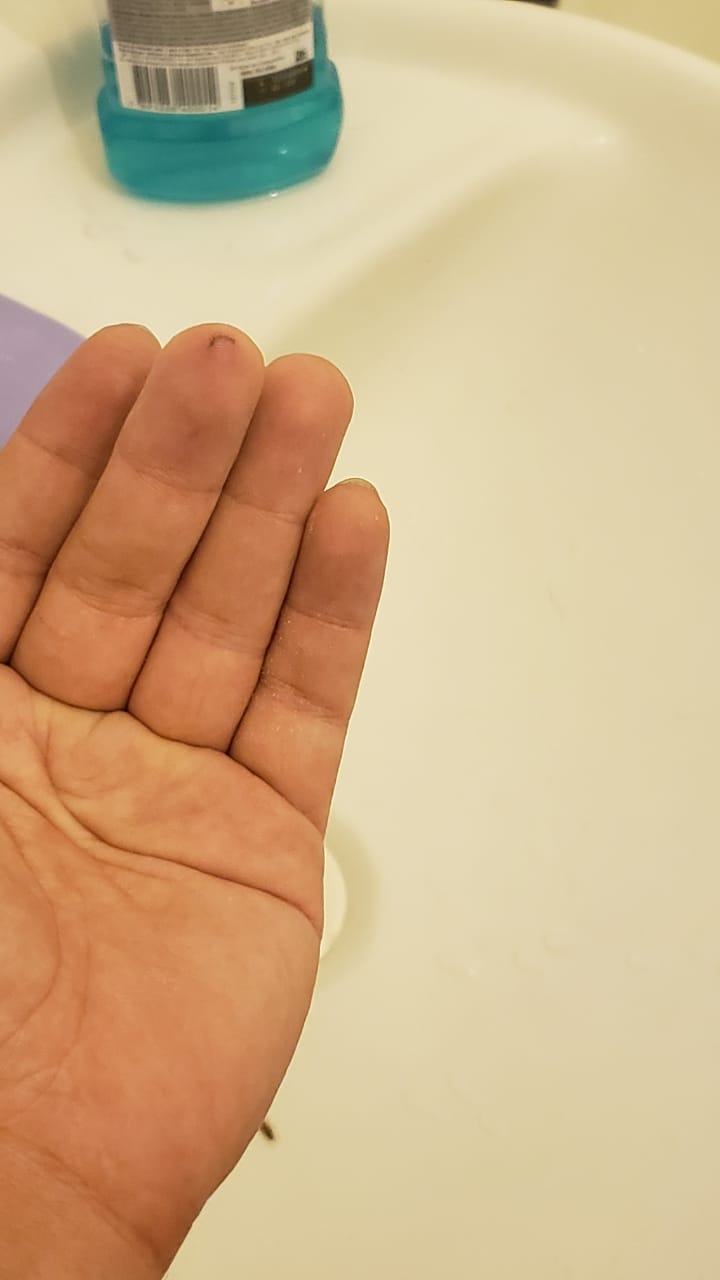 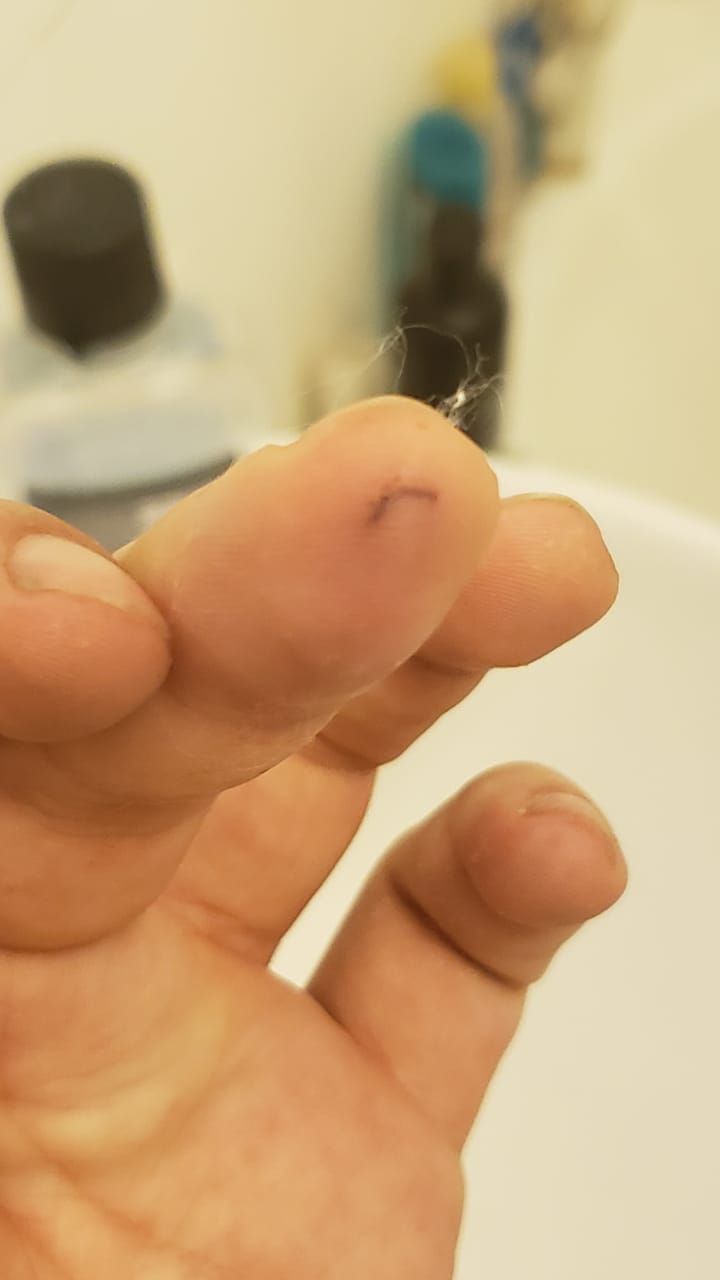 You put an xG3 in your fingertip?

What made you decide to go for a xG3 instead of something smaller?

I could see issues with the size and location of the implant causing pain or damage overtime as it is on a gripping surface and large enough to press in towards bone, which is less of an issue with the smaller, flat cylinder type implants. You will also get less sensitivity as it is a larger magnet with a higher inertia and less pulling force due to the far thicker coating on it.

I mean, he almost certainly put it there to use as a sensing magnet. Let us know how it goes @tccarvalho, you’re doing valuable science

Well, since this is my first, and the first one i had the chance of buying i did some research but im not an expert. I did want one magnet in my thinger, but had no idea the round one or smaller would be better. So far it is 4 days of healing. The hyper sensibilitie is now gone. I can stary play with clips and im starting sense some eletric fields. I do feel it very steady and firm. So it does not feel like giving me any pain or moving toward the bone… but lets see how it goes with time. I could move a small coin, way havier then a paper clip with no pain, i think if you have a large hand with a hard and kind of fat thingers it seems like a good place. But maybe if your skin is thiner and soft , and more delicate, maybe it would not work… but dont know… just guessing…

I suppose it could work depending on the thickness of ones fingers. I have relatively thin fingers, so it probably wouldn’t work for me. I am very curious to see how this turns out as this is the only fingertip install of a xG3 I have heard of, so definitely keep us updated. However, I still lean toward the side of a smaller, bio-coated cylinder magnet for the majority of fingertip installs, at least from my readings.