Y is like H. the sound the word makes is the rule…
Which becomes funnier if you say…

It is now a uni-unicorn corn

I think that’s how folks here pronouce “Eunuch”… sure I can trust that source?

There is only time in the American pronunciation that the “r” in the word corn is silent. 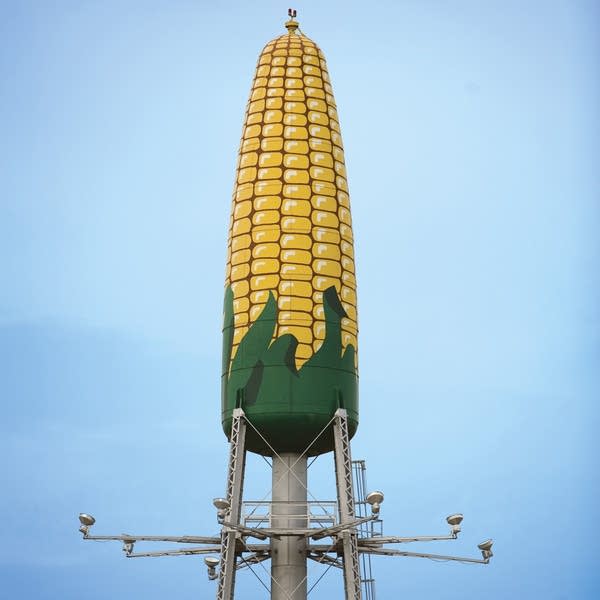 This is more of a cob on the unicorn than a unicorn on the cob…or is the unicorn “Wearing” the cob?

Not in the south.

Can you give it in german? (I assume you speak german natively?)

Damn, had to go through all this unicorn-y insanity

In german, it would be “Ich trage mein Implantat mit Stolz”. Quite literally, actually. Still, if you leave the “pride-part” away, nobody would say “Ich trage ein Implantat” - the most “invasive” thing you would wear in german would be glasses or a hearing aid. Instead, you would say “Ich habe ein Implantat”, so, “I have an implant”. Same goes for tattoos, piercings, hairstyles etc. You would always just “have” them, but you would “wear” them with pride. Strange thing^^

To this - nay, I love the anonymity of cash^^

Isn’t a po’ boy technically a rewritten version of a dropped R in English?

Kinda, I think it was based on an accent.

Like, imagine a deep southern draw saying, “Here comes another poor boy looking for some food.”

I wonder what a true bostoner would say? They have the standard non-rhotic accent of “park the car on Harvard yard” thing that would suggest they’d drop the R in unicorn too.

Am I the only one that finds the thought that unicorns don’t exist but giraffe do so strange?
Like honestly what sounds more realistic, a 5 meter tall mutant horse creature who can’t drink water for too long without passing out due to it’s height, or a horse with a horn.

Not to mention the fact that we already have one-horned creatures with the narwhal and the rhino.

Fighting with a horn seems a lot more realistic than when two giraffes fight by smacking their heads and necks together incredibly violently.

You risk hurting my feelings here…

You know about the invisible pink unicorn? It exists, you just can’t see it - prove me wrong

I’m surprised it doesn’t have wings.

Maybe the giraffe should be the mythical creature

You know about the invisible pink unicorn?

Shhhhh don’t let the government find out we released them.

Maybe the giraffe should be the mythical creature

Boil the liver and bone marrow to see god, it has plenty of DMT.

To bad I never could, I would feel absolutely terrible for killing one.

Buuuuut… Do you wear your implant with pride?

the “with pride” thing is what turns it a bit… it indicates you are showing something off… letting everyone see and taking pride in the fact others are “bearing witness to your greatness” haha… if you know what I mean. I think in the case of most chip implants that don’t have blinkies… the answer would never be “wear with pride”… you might “use them with pride” or maybe even “carry them with pride” … thought that is getting close to “wearing” … but you would much more likely say “I take great pride in my implants” or “take great pride having implants”… still not “wearing”… and when it comes to implants with blinky LEDs you might say “I show off my blinkies with pride” … but now let’s talk about breast implants… a woman might say something like “I take great pride in my breasts” and even omit the fact they are implants or not “natural”… and this is part of the crux I think for this argument…

I think we tend to consider our augmentations as part of us and part of who we are… and this is what separates “wear” from “have”… to wear something makes it clearly separate from you… it is some auxiliary thing you don (put on) when wanted or needed, and presumably take off later… though removal is not necessarily part of it… just the idea that something you “wear” is an forever considered an accessory… by the understanding of the term “wear” it can never be part of you in the way an implant can be.

Let’s take for example prosthetics. People “wear” a prosthetic arm… they have many arms… they can interchange them at will… yet to that person they feel to be part of who they are… so they use terms like “I use my arm” and “i need to change my arm” and it feels very personal to them… but I have also heard some with prosthetics say things like “I think I’m going to wear my fancy arm tonight”… so the term “wear” as a verb makes sense in this context, and they may even say “I’m wearing my fancy arm tonight”… but they would not likely describe their use of prosthetics as “i wear a prosthetic arm”, rather they might say “i have a prosthetic arm” or “i use prosthetics” … but now I’m speaking for people with experiences I just don’t have so I will link some I know to this post to get their thoughts on the subject.

Anyway, I looked this up for the term “wears” vs “wearing”, and while this isn’t directly related to the personal choice to use the term “wear” vs “have”, I still found this bit interesting, if not obvious;

EDIT: … heard back from Angel Giuffria about her prosthetic and this is what she had to say…

What you wrote feels real to me! as a person with a prosthetic device and implants because my arm can come on and off there have been times where I have referred to it as wearing my arm or arms even though it does feel very personal and a part of me but because my implants aren’t something that comes on and off (in or out), I would say I have implants. I understand the vernacular “wear with pride” but I think with implants it would be more of discuss with pride or show with pride but unless it’s something external that can’t be removed, I wouldn’t think of it that way. interesting discussion!

Anybody else watching the crazy shit happening on Wall Street right now?