Since I posted this yesterday (in the wrong thread naturally…), I’ve been obsessing a little over trying to cram as much data and as best a photo as possible on a limited size NTAG. Classic hacker pursuit: there isn’t nearly enough enough space on an NFC tag for a decent vCard photo, so I just had to do it

I’ve been trying different JPEG encoders, different mugshot sizes, contrasts etc… I played the what-if game manually for a while - that is, change something, regenerate the vCard by hand, program it onto the tag by hand, try it on the cellphone, failure, rinse, repeat.

That got old pretty quickly, so I wrote a script to do everything in one go, test the size of the final NDEF and write it onto a tag. It makes trying to exploit as much of the tag’s memory space as possible quite easy and fast. So I figured I’d share it, if anybody’s interested.

The script is Linux-only. Sorry, if you have another OS, I can’t help you. But if you do run Linux, read on.

Before you use it, you need a few things installed:

Finally, to create the vCard, encode it into an NDEF record and write it to a tag, copy / paste the following script in the directory where Guetzli and nfcpy reside:

To use it, supply a photo - preferably with a square aspect ratio - called photo.jpg. Then edit your vCard information at the beginning of the script, and run it. It’ll generate the vCard, then the NDEF record, then try to write it onto the tag.

If the NDEF record ends up being too large, it’ll tell you and stop. If that happens, go back to the script and tweak the size of the photo and the JPEG quality until it fits and you’re satisfied with the resulting image.

The aforementioned utilities use libnfc to write to the tag. I’ve only tried it with an ACR122U, but I suppose it’ll work just as well with other readers supported by libnfc. In any case, if you don’t have that going yet, you’ll have to set it up first.

After playing with it for a while, I managed to come up with a vCard that contains my personal information, a 50x50 photograph in which I’m reasonably recognizable even after blowing it up, and my blood type in the vCard’s note field, with only 2 bytes to spare on an NTAG216

That’ll be the vCard I’ll be putting on my doNExT: it’ll serve for snazzy contact exchange of course, but also for first-aid professionals if I’m found unconscious somewhere and they happen to carry a cellphone (and can I convince myself to have an NFC logo tattoo done over the implant… Not too sure about that one yet).

I hope the above will be of interest.

I hope the above will be of interest.

I’m sure it will, Great share,
Thanks very much.

Yeah but the quality is a lot more shite than those clean icons. Remember, it’s an overly compressed JPEG: it’s blurry and full of compression artifacts. Not much you can do in 525 bytes. Still, it looks surprisingly good as a small image on a cellphone.

This is the photo I have on my vCard (blurry enough that I don’t mind posting it too much, for a change

Awesome, I was going to ask, but didn’t think you would.

I hope you don’t mind, I blew it up,
and it made you look like a character from Guess Who 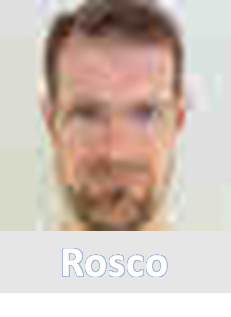 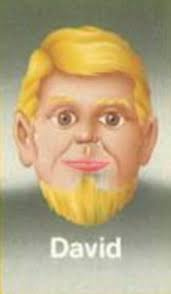 Awesome, I was going to ask, but didn’t think you would.

I’ve done some more research and testing, and I found a two ways to increase photo quality even more:

1/ Decrease the image saturation: the end result looks less colorful, but the size of the compressed image decreases significantly

2/ Change file format from JPEG to WEBP. I’ve done tests on a few Android cellphone, and it turns out they all support WEBP natively down to at least Android v5. And boy! is WEBP better than JPEG or what! For the same final size, a WEBP image has a higher resolution, and much fewer compression artifacts than a JPEG.

It looks fantastic on a cellphone. Fucking brilliant image format: it really blows JPEG out of the water.

So, here’s an updated version of my script, that does both JPEG and WEBP - but does WEBP by default. All you gotta do is stick your photo as a photo.jpg file, edit your information, and play around with the compression parameters until the NDEF fits on your tag. In addition to the packages listed in the first post of this thread, you’ll need the webp package (apt-get install webp should do the trick):

Sorry, Linux-only. I don’t have Windows.

That IS impressive, Amal doesn’t even look like a Guess Who™ character!

Yeah I’m properly impressed by the quality for a half kilobyte image.

I didn’t think cellphones read anything other than JPEG and GIF for contact photos. But then I remembered Android is Google, and WEBP is also Google. I figured it would make sense for them to have Android support it. So I tried, and sure enough… tada!

This is super cool, I plan to create and upload one tonight

In your updated script, you forgot the " " around the phone number and the script spits out an error because of the ( ) around the area code.

Lastly, because I’m a noob, the max size of the output file can be 888 bytes. Make sure you adjust the WEBP section of the quality settings, not just the top one. That threw me off for a few mins

Sorry, I’m getting an error when trying to open the vCard on my Pixel 2

In your updated script, you forgot the " " around the phone number and the script spits out an error because of the ( ) around the area code.

Ooh, well spotted. That one’s on me: I replaced my personal phone number with a generic one in the script before pasting it here and I didn’t check that it would work. I used the first fake number that came to my mind, but I currently live in Finland and there are no parens in phone numbers here

the max size of the output file can be 888 bytes.

That’s the maximum size of the NDEF (more like 868 bytes for a NTAG216 in fact, because there are bytes used by the NDEF encapsulation and other reserved fields in the tag). But the actual image in binary format is much smaller, because it needs to be base64-encoded. Typically in the order of 5.5 kB before encoding.

Make sure you adjust the WEBP section of the quality settings, not just the top one. That threw me off for a few mins

Yes sorry again, I guess that wasn’t too clear. There’s a top PHOTO_ENCODING variable that selects whether you want JPEG or WEBP, and then two distinct quality settings. If PHOTO_ENCODING is set to WEBP, only the WEBP_* variables do anything.

There are two things your phone could choke on: either the version of the vCard format - which I set at 2.1 - or the WEBP encoding of the image.

vCard v2.1 dates back to 1996, so it should be supported. I chose it because that’s the format that has the fewer mandatory fields, to save as much space as possible. Also, it’s a sort of lowest common denominator, to ensure it’s compatible with just about anything. You could try vCard v3.0, but then you need to add other fields like FN and ADR for full compatibility. See here: https://www.evenx.com/vcard-3-0-format-specification

WEBP is a Google format that was created in 2010. Being a Google format, it’s highly likely to be understood natively by all Android phones since 2010. Yours was made in 2017: it most definitely should understand it. I myself tried it on Android versions from 5 to 10 without any issues, and I shared my own vCard with many people without any issues either. Maybe try to transfer the .webp image as-is onto the phone’s filesystem and open it directly with the photo viewer: if it displays it, there should be no issue with the image in the vCard, since it’s the same code that handlies both.

I can send you a ready-made .ndef file that I know works for sure, that you could try to write into a tag and try on your phone if you want, just to make sure there isn’t something odd with the Pixel 2. I wouldn’t think there is - it is a Google phone after all - but who knows.

Also, are you using the stock Android contact app?

because I’m a noob

I wish all noobs were as competent as you

That’s the maximum size of the NDEF (more like 868 bytes for a NTAG216 in fact, because there are bytes used by the NDEF encapsulation other reserved fields in the tag).

And also because of the capability container nonsense not making full use of the memory for NFC… it’s honestly pretty fucked up.

So what happened with the 2k memory on the xSIID? DT Info

TL;DR - The first batch of xSIID made December 2019 were formatted to try to use all 2k of memory across two 1k memory sectors for NFC applications, but the NFC stacks built into Android and iOS phones don’t know how to properly read multiple memory sectors in NFC Type 2 chips. Future batches are formatted to only use the first memory sector which is 1k for NFC applications. The remaining 1k is still readable and writable by phones, but only with a custom smartphone app that can directly address…

And also because of the capability container nonsense not making full use of the memory for NFC… it’s honestly pretty fucked up.

The nonsense only applies to chips with more than 1k though doesn’t it? The NTAG216 isn’t really concerned by this.

Also, aren’t most DT implants magic? If it’s magic, it should work everywhere with the power of magic

the power of magic

Also, aren’t most DT implants magic? If it’s magic, it should work everywhere with the power of magic

Once again, noob here, but I don’t think many are ‘magic’ (sorry if that was sarcasm), especially the NeXT (which I assume is a top seller?). Something about the magic ones being physically larger.

Something I wish I would have known more about when I got the NeXT, but no biggie

Maybe try to transfer the .webp image as-is onto the phone’s filesystem and open it directly with the photo viewer

Yes, I can view it just fine, and if it’s OVER 50x50px I can add it to a vCard (it wants to give you the option to crop it before adding it, but can’t edit under 50x50px), but if you try to export it from there, it shows the vCard as being like 2k or something (probably the vCard v3 or whatever?).

Also, are you using the stock Android contact app?

I wish all noobs were as competent as you

Just trying to help document as much as possible for other future noobs.

Okay here’s a corrected version. I removed the confusing JPEG bit (it just does WEBP compression) and I made sure it works this time

I also left the intermediate files it produces and the final NDEF file, in case you want to compare what it does on your machine.

Let me know how this works for you.

The nonsense only applies to chips with more than 1k though doesn’t it? The NTAG216 isn’t really concerned by this.

Not sarcasm. There are some DT implants with magic chips in the sense that they can be configured to change personality or they have backdoor commands. But all DT implants are magic because they were lovingly crafted by Amal and they bring you joy. Also, they automatically expose you to the DT worldwide mind control field and it’s great, and there are no…no…no…no…no…no…no…side…side…side…side…effecttttttttsttststtsttstt&"#¤&%/