Getting back into this and reviving an old thread!

I cleared my Apex and reflashed the ndef16k applet through the official Fidesmo app. I’m able to write NDEF data through the NXP Tag Writer app, but it won’t read it back. The tag isn’t even detected, it’s as if it’s not present at all. Whereas the write goes through instantly.

This is with an older iPhone X, and I’ve been meaning to try with a newer model. Just bizarre that I can write but not read. Anyone have any clue why?

Just bizarre that I can write but not read. Anyone have any clue why?

Have you tried the 8k?
Just to help us fault find?

if that fails 4k etc

Also, it will take a decent amout of time to read 16k and you will need very good coupling…and patience

Deleted ndef16k and tried ndef1k, seeing the same behavior, write but no read.

Not great, BUT that eliminates the size being the issue, now we need to focus on the NDEF fault.

What are you writing to it?
simpleText?
Let me just try mine

Yup, just text! I am able to read with this app but only in Compatibility Mode.

So I just tested mine and it works fine. 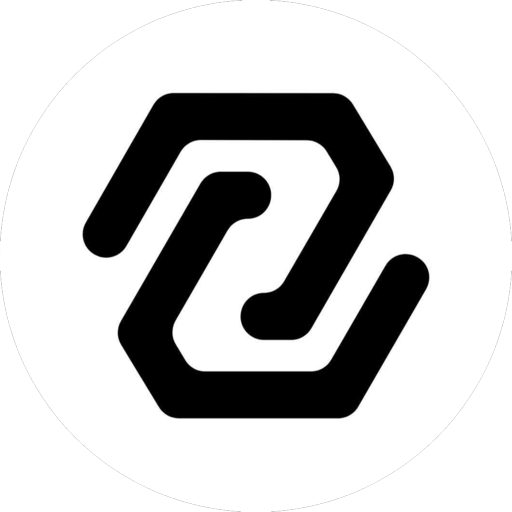 An NFC device manager designed for human implants as well as standard tags...

You have just answerd both by telling me it works.

what size is your file?
what are you using to read?

So everything works, just not how you want it to.

What are you actually trying to achieve?

Right! I’d like to have an NDEF tag that’s readable by the general public, most likely a business card or a link to my website. I want it to be easily readable by people with iPhones, and it’ll be no fun if I have to ask them to download a specific app and enable a specific compatibility mode within that app just to read my implant.

Notably, the tag is also unreadable by the iPhone’s built-in NFC reader app, which would be the ultimate goal - no third party apps, compatible with the phone’s bundled reader.

The fact that it works in the NFC app with Compatibility Mode is interesting and potentially points towards the issue, but doesn’t actually achieve the desired result.

I just tried with some NTAG215 stickers, and the built-in app can read those successfully. So the phone is capable of reading some NFC tags at least.

interesting and potentially points towards the issue

So, You dont actually have an issue, you just need to figure out how to do what you want.

most likely a business card or a link to my website

Thats actually easy,
Rather than writing text, you should be writing business cards or links

Just to rule it out

I dont have an iPhone, but can tell you that they dont play nice with VCards.

BUT
all that being said, the solution is pretty easy.

@Eriequiet has an iPhone and is experienced in this area.
My guess is, he would suggest using POPL, he did a bunch of testing

There are some others to choose from, or look at if you wanted

As the creator of one such site dropped into an old thread today, and some sites seem to be no more I thought it might be useful to list some of the sites we know about. There is nothing to say that you can’t just save the information anywhere and provide a URL in NDEF on your chip. In fact most of these look like that is what they do. I have no experience of any of these, but these are the ones that I could find that are currently active. This has been arranged in alphabetical order of doma…

most likely a business card or a link to my website.

Im going to move our comments from your first post to its own thread.

The very first thing I tried - before trying plain text - was writing a URL to the tag. That has the same behavior I’ve described, it writes successfully but will not read back. I just tried VCards as well, and no dice. Writes but no reads. This is all with the NXP TagWriter app.

I just tried VCards as well

Your best bet is POPL or similar Popl - The #1 Digital Business Card for Teams and Individuals

Can you use tagwriter to read the NDEF? My hunch here is that iOS is the problem and this would read fine on Android.

What iOS version is on your X?

iOS is the problem

Your best bet is POPL

I think you can do it for free.

Something like get the address and add a /r at the end, it should be in the link i sent or, the next one I send…wait one

Hey guys, So I initially wanted to just share a vCard, (Virtual contact file) But I learned iPhones don’t really like them, and definitely when they come from Nfc I was steered in the direction of “tappy card” Which was marketed as a nfc business card, that you buy (20$) and the nfc card contains a url link, to a landing page that is yours… with all your various account names and contact details Well, sorry to say that tappy card was a dumpster fire experience for me, they took 29 days to …

There is a new product I just saw advertised called Popl. It’s basically a glorified NFC tag that is marketed as a one tap way to share all your social media profiles instantly. I suppose the appeal is that there is an app that you can create a profile and link all of your accounts to a one stop shop. I downloaded the app and tried linking my NEXT instead of their product. Unfortunately it seems like they either use a slightly different tag or they are doing some sort of hate keeping to ensure o…

Project Crypto Popel (Not many will get the joke, but whatever.) I often say things like this, but usually the idea doesn’t stick with me. This time was different… I actually did something

I’m not even remotely “done” yet, but I already missed my 1 year anniversary if we include the lurking and I wanted to share something today. There are tons of contact sharing sites, what’s special about this? TL;DR I can not read your data. It’s the most private way to share my contact v…

Ultimately I’d really like to get it working with the iPhone, especially since these NTAG215’s are working just fine with the exact same payloads, so it seems at least conceivably possible. But checking on Android would be a good diagnostic step.

We know iOS does not play nice, Android does

Or if you have a default app setup, it would go direct to the page

If you are happy to, DM me your link, I will write it to my Apex, and let you know the result tested on my Android

Ultimately I’d really like to get it working with the iPhone, especially since these NTAG215’s are working just fine with the exact same payloads

this is interesting… so ntag chips are NFC type 2, not NFC type 4 like desfire and smart cards (apex) are… iOS may handle working with those types of chips differently.

Can you post the payload using TagInfo full scan from both your NTAG215 and Apex?