iCopy (Proxmark based system) not picking up T5577

I recently implanted the NExT and I have had a really hard time getting the T5577 LF side to read and to write. If i scan for tags it never comes up but the NTAG218 does no problem, however when I run “read” it will see the tag but says unknown next to it and says “checking keys” as far as I am aware i dont really need a key as these are for the config files. It always ends up saying no keys found and write failed. I am not sure what to do. I am trying to copy a HID prox card to the chip and have already used the device to clone the original card to a blank card, I still cant figure out why the device wont see the LF side of the chip. Id appreciate any help, side note I am using a I-copy XS, which I know uses the proxsmark inside among other things.

I am using a I-copy XS

check out this video, around the 5 min mark.
It is using the PM3 Easy, but if you can see/find the iCopy antenna, and get a perpendicular placement, (use your xFD if you need to) you should hopefully get a similar result 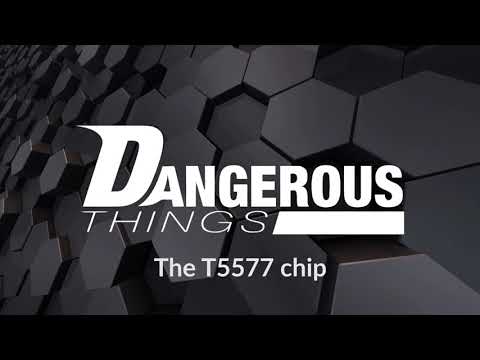 recently implanted the NExT

HOW recently? Swelling could affect your results upto around 2 weeks after…

About 12 days ago, I thought this could be apart of it but, the reader will see a tag if i run “read” but not if i run “scan”. When I run the tag under read it gives me this “T55xx/unknown” and “read failed” after it trys to run through the keys. I figured it wasn’t swelling as the NTAG218 pops up no problem when i scan for it .

I do have another idea…
there is some odd wording on the iCopy website that COULD be interperated as the iCopy only works with iCopy Cards…Which would be a dick move with proprietary cards, but if you are getting successful read / writes with the iCopy cards on the iCopy, that could also be a reason for not being able to write to your NExT.

Again, I don’t know the answer myself, but hope you can do some testing for us…
aka Rosco had a question for you also

Question for those who own an iCopy device: is it anything more than a Proxmark3 RDV4 with a small battery-powered computer running a specialized client, or are there improvements to the Proxmark3 part of it - like better antennae or something? In other words, if you already have a PM3 RDV4 and you’re happy enough with the regular client, does it bring anything to the table that’s worth buying?

I was just looking at this after you said that and i too am not concerned that this may be the case, I will wait for a formal response from them, this would absolutely be a dick move. I love the device, its super easy to use and jam packed with feature that are much easier for a noob such as my self to grasp.

Well I guess I got my answer in case anyone wants to know, this device uses proprietary cards, so implants or Even blank cards cannot be used which is absolutely fucking ridiculous, they should really explicitly state that so people know

Up until you said this, the icopy had always looked good. But this places it in the “I’m good” category.

Thanks for finding out for us.

I’m so disappointed in that company truly. It had so much potential. Sadly I had to take a $500 hit to find this out

is absolutely fucking ridiculous, they should really explicitly state that so people know

Yeah, it was my uncertainty over their vague wording that stopped me from buying one straight after I saw them.
It was literally fine print…easy to overlook.

Which I mentioned in the 2nd post of my thread

icopy-x looks promising RFID Card Copier “Replacement” for a ProxMark? More suitable for us than a Flipper Zero? Will it read and write to an xSeries

I’m so disappointed in that company truly.

I really hope you can return it and tell them why.
Hopefully that is enough to get them to unlock their proprietary bullshit.

The premium price you paid, should be enough to encourage them.

I am also going to send them a message after I post this, and would encourage others that may be interested in a user friendly Proxmark or even to simply help out if you have a spare 5 mins to send a message 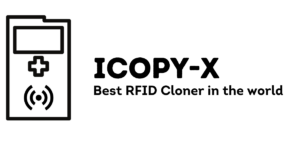 I just sent them a message and will let you know what they reply.

Hopefully I can change this

Why do I think that they will just blow you off? Am I too cynical?

I would add that keysy is also proprietary, but nowhere near as expensive.

Why do I think that they will just blow you off?

I fully expect that too, but if you don’t ask you don’t get…

I am going to add a poll to my iCopy thread and see what sort of numbers I can throw at them.

I have no idea of what their sales numbers would be and what would make them interested and guess we won’t provide a lot.

They have a simple update tool

So it may not be to arduous for them.

@Urminme
can you do me a favour please and see if you can write a NDEF record onto an iCopy card using TagWriter or NFC Tools.

I wonder what it is with self-contained copiers, between the Chinese copiers that try to lock you out of the copies by passwording them and the iCopy that tries to lock you in with their pre-programmed blanks (I assume that’s what they are)

Also, if the makers of the latter think the money is in the consumable supplies, at least they could have the decency to sell the copier cheap. That’s how inkjet printers work: when you need new ink cartridges, you buy a new printer. But no: the iCopy isn’t even affordable! The mind boggles…

Do I finally was able to reach the seller and they are giving me a full refund which is nice, just super disappointed as this device works wonderful for cards( their cards only) but it’s mind boggling that they chose to make it work with their cards only, 90% of consumers don’t want to deal with proprietary nonsense, I updated the device and the new firmware does nothing to mitigate the need for their cards so unless they make a future update allowing the copying and cloning of any and all supported cards and chips then it’s going to see very little sales. Hopfully everyone considering using this device sees this. Maybe someone could crack the device and bypass it but I am not savy enough my self. The device does allow you to run PC mode similar to a proxsmark but they have messed with code somehow so it had a diffrent look and feel, still not allowing you to use what ever card you want

able to reach the seller and they are giving me a full refund which is nice,

That is good news, and disappointing at the same time, it had such good potential.

They are yet to reply to my email…

It truly is disappointing as this device is at its core a fantastic rfid multi tool device, but they killed it by making it require proprietary cards, I know they want to make money but this is not the way, if the device cost maybe $150-200 then sure it seems reasonable but at ~$500 it’s insane to not have the option to clone, write, or copy on any card/fob/chip you want, you can buy a $20 Amazon cloner to do that!!! It does have a super easy and simple to use interface, great battery life, and tons of features, but what good are those features when you can fucking use them. It’s such a waste of a fantastic device, I even tried using the PC mode which basically opens up a Proxsmark(ish) program but they have messed with the code enough for it to continue to require their cards only! At this point even it they offered me a way to update the firmware to unlock it for use on all platforms I’d be hesitant after this massive ordeal I’ve had to go through. I can’t be the only consumer that has been pissed off to find this out after dropping a stupid amount of money, the website makes it seem like the holy grail of RFID technology, which it really would be if they allowed it. Ahhh rant over sorry hahaha

It is quite a phenomenally stupid move for a niche product with very limited added value, with a customer base knowledgeable enough to know they want to fork that much dough on a high-end cloner and to realize they’re being taken for fools. If it was an irresistible mass-market product, they could get away with this possibly, but not here. No way.

I would get one…

In my mind, the use would suit

95% of their customer base (I just pulled that figure out of my arse), plus their cards are reasonably priced and you can get custom cards…so imagine a small/medium business, get staff cards printed and branded and an iCopy to manage access…
Pentester could use it with ease, pre-print facility card copy then write.
pretty cheap and easy for something that woukd pay for itself with time saving.

It is just unfortunate for our circumstances.

Don’t get me wrong I am hugely disappointed, I want nothing more than to be rid of my Proxmarks, I spent a bit of time yesterday adding them to a new computer and updating on another…not my idea of fun.
And all fore something I don’t want to carry around with me, unless it was self supporting (standalone) small and portable…like the damn iCopy.

I’m still looking forward to my FlipperZero but realistically for our use case I think the iCopy is was a better more suitable option.

Do one thing and do it well rather than a multi-colour that will do in a pinch.

Anyway, that’s my view on it…
As I eagerly await a reply email…

, and it worked as well as the Proxmark , would you buy an poll AGAIN ASSUMING iCopy removed their current proprietary protection

, and it worked as well as the Proxmark , What would your purchase criteria for an iCopy be? poll

@Urminme before you send it back for your refund, could you do that test with your phone please

@Urminme
can you do me a favour please and see if you can write a NDEF record onto an iCopy card using TagWriter or NFC Tools.

unless it was self supporting (standalone) small and portable…

You do know the PM3 has a standalone mode, right?

Good candidate for conversion? Methinks not - or perhaps yes

Dude… You shouldn’t say stuff like that to me. Okay so I took my PM3 to work with me this morning. I’ll grab a reader <-> card exchange in the bus tonite with my NFC gauntlet of doom: [image] [image] The PM3 and the bus card taped to it just about fit inside my glove, which shouldn’t look too odd since it’s like 5 degrees out today. The lump inside the glove does look odd though. Hopefully the driver won’t get suspicious. You really shouldn’t say things like that to me. It gives me ideas…